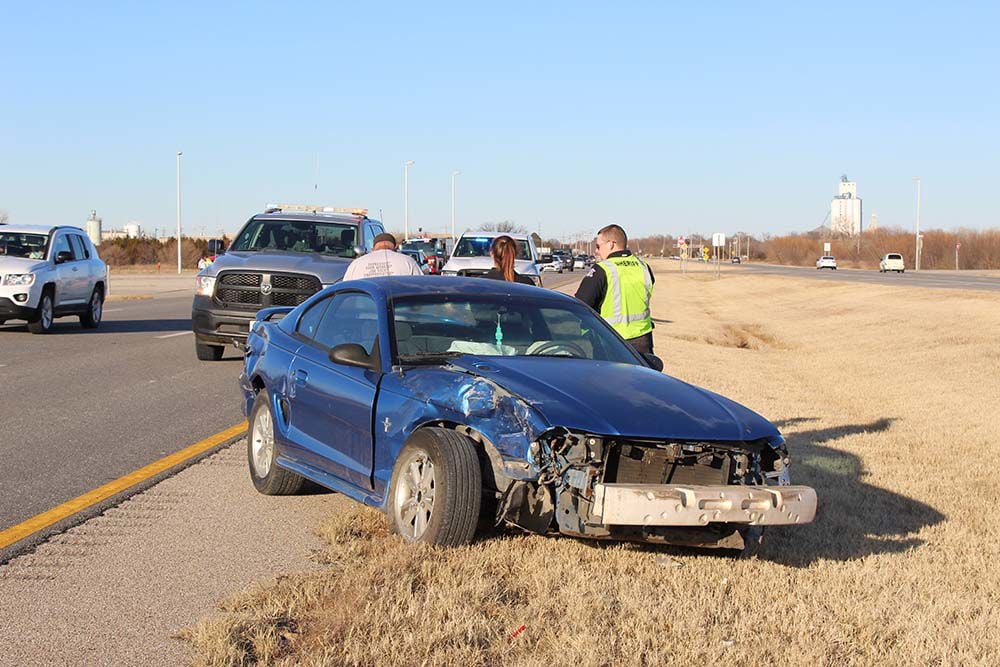 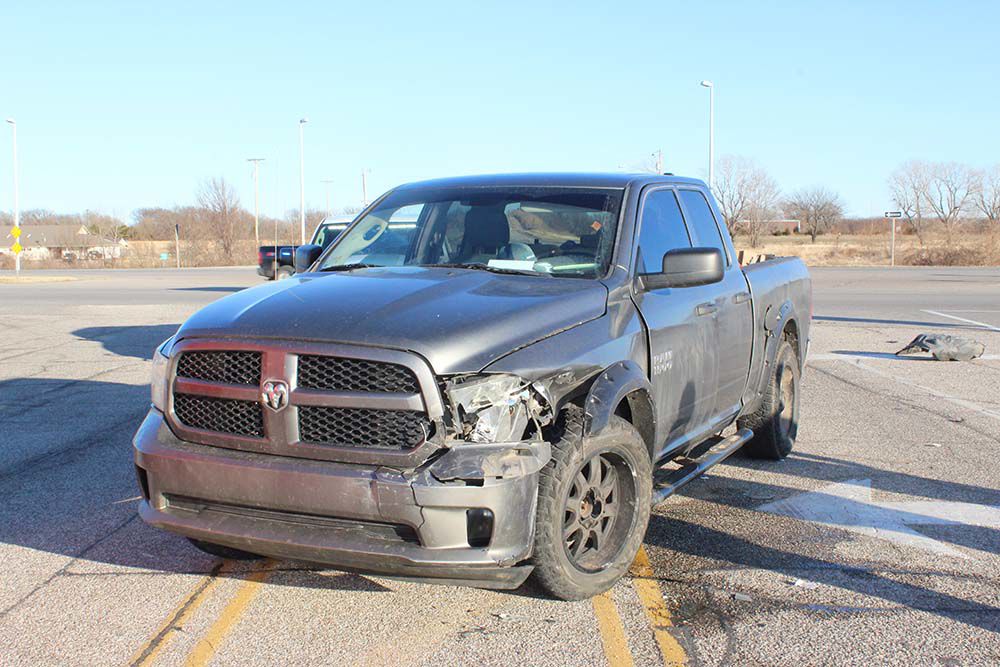 No life-threatening injuries were reported Friday afternoon after a two-vehicle accident on U.S. 77 Highway in front of Cowley Cinema 8.

A Dodge 1500 pickup was traveling southbound on U.S. 77 when a Ford Mustang attempted to pull through the intersection colliding with the truck in the southbound lanes, according to a county deputy on scene.

An occupant of the pickup was transported to South Central Kansas Medical Center as a non-emergent patient with a head injury, according to radio communications.

The driver of the Mustang was checked out by EMS and released.