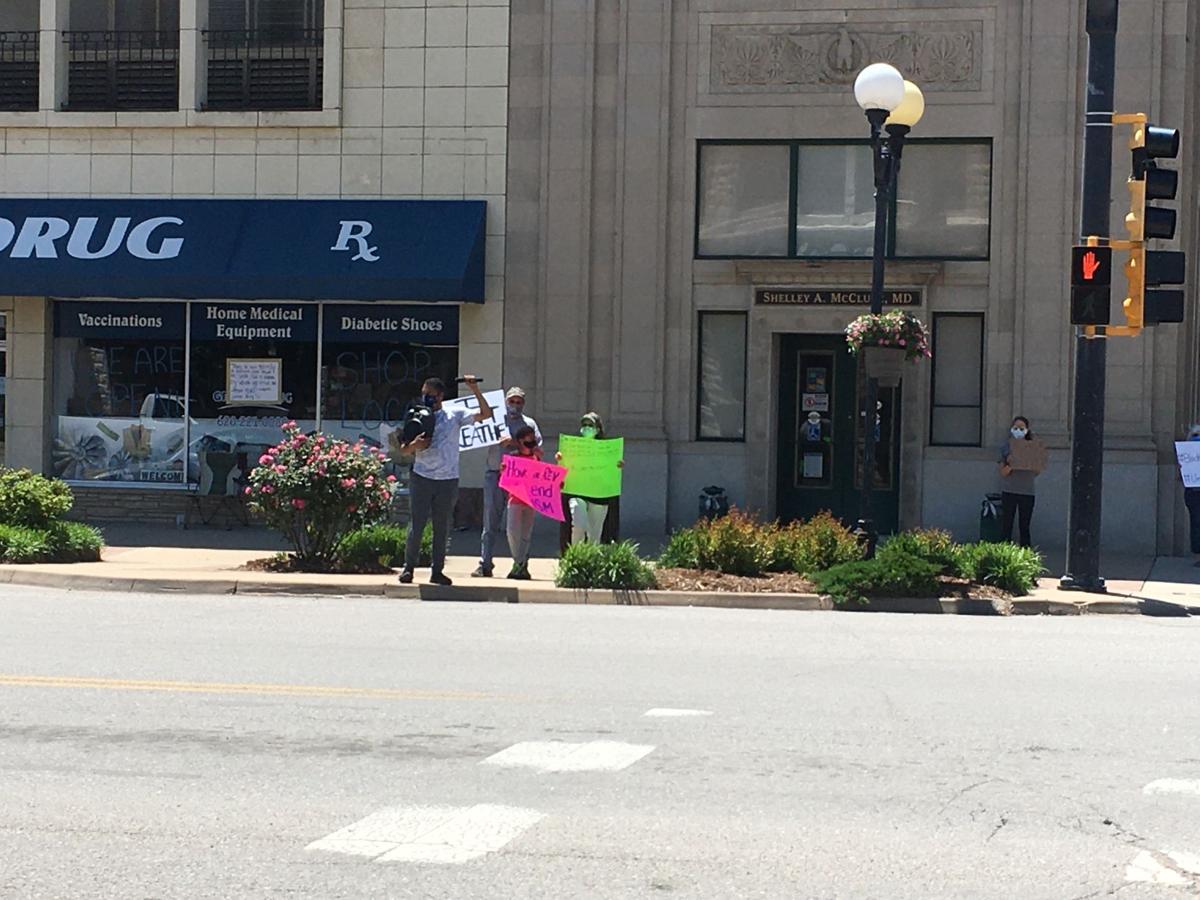 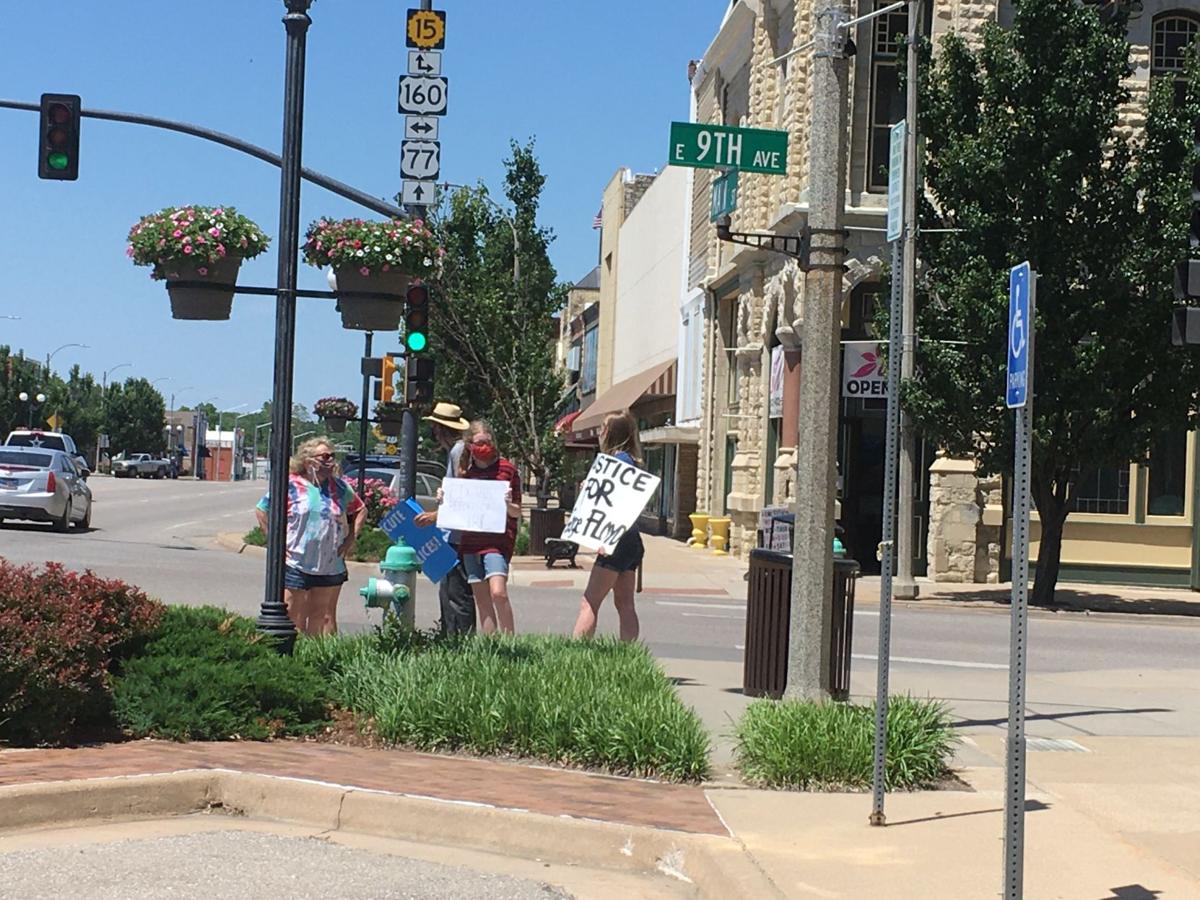 A rally was held Saturday in Winfield to protest the deaths of George Floyd and other black people at the hands of police officers.

During the peaceful protest, which lasted from 1 to 6 p.m., participants stood at the intersection of Ninth Avenue and Main Street holding signs with messages such as “I can’t breathe” and “Justice for George Floyd,” the latter referring to the man who was killed May 25 after Minneapolis, Minn. police officer Derek Chauvin knelt on his neck after Floyd was arrested for allegedly trying to spend counterfeit money at a business.

The incident led to protests in Minneapolis that have spread to cities throughout the country, including in Topeka and Wichita. Some protests in major cities have turned violent an included clashes with law enforcement.

Chauvin and three other officers at the scene in Minneapolis were fired the day after the incident, and Chauvin was arrested May 29 and charged with third-degree murder and manslaughter.

Amanda Meads, who organized the Winfield event, said she was inspired to do so after spending six hours watching videos from the Minneapolis protests on the TikTok social media platform before the protests turned violent.

She said the Winfield event is to protest all deaths, including the death of Tayler Rock six years ago after he was shot by a former sheriff’s deputy outside of Ark City.

Meads said the protest was going well as of 2 p.m. Saturday, with the Winfield police chief stopping by to speak with protestors.

The purpose of the event is to stand in solidarity with Minneapolis, said Meads, who hopes police and black citizens can stop fearing each other.

“This constant fear leads to violence,” Meads said. “If we can do this peacefully, it will send a message to the country and the president.”

Meads said a lot of drivers passing by showed support by honking and waving, with only about a quarter flipping the protestors off or showing disapproval.

Vaughan Zecha, of Winfield, said she was at the protest to raise awareness of systemic racism and try to be a voice for the silenced and oppressed.

When asked what she hopes people will take away from the protest, Zecha said she hopes they will “try to be there for people who think the world is against them.”

A second protest is planned in Winfield for next weekend, although a specific date has not yet been chosen.

Rally held in Winfield to protest death of Floyd, others