The Edge PAC plaque is on the building at 721 Main St. From left are Cindy Goertz and Dorothy Fisher, and building and business owners Leslie Felts and Neil Felts. 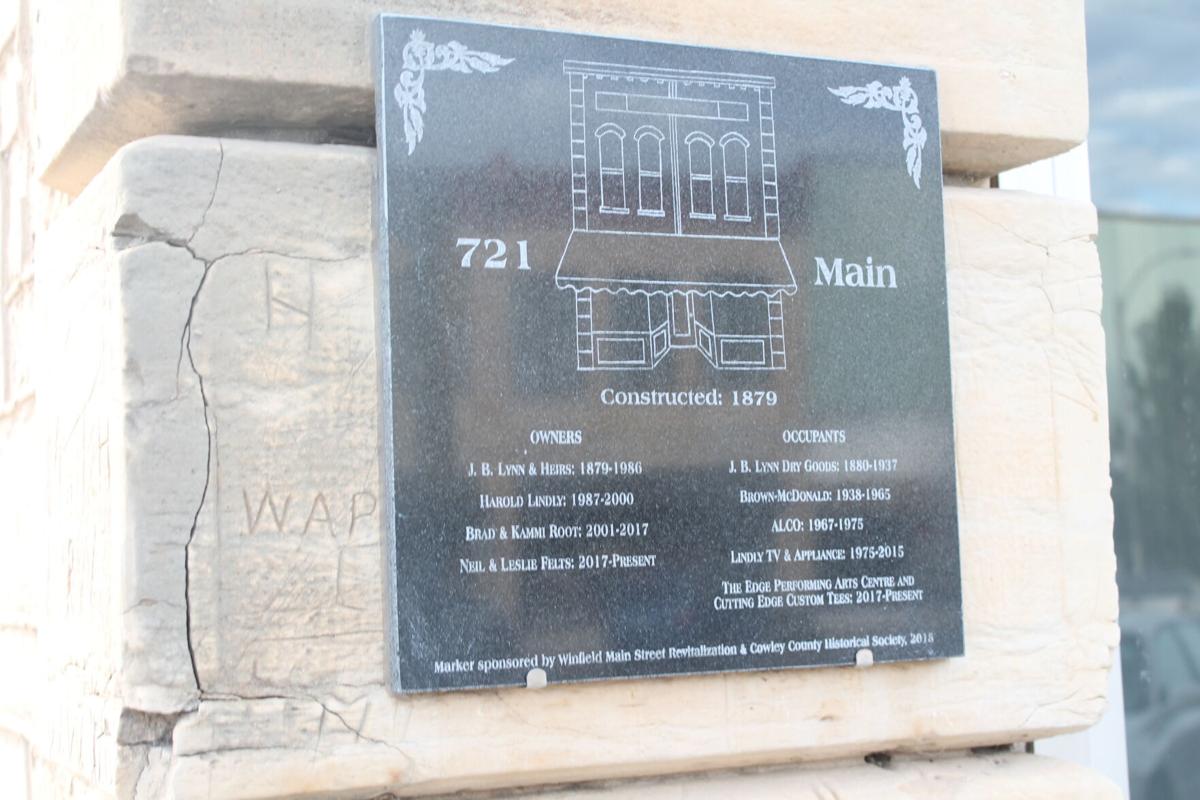 The Edge PAC plaque is on the building at 721 Main St. From left are Cindy Goertz and Dorothy Fisher, and building and business owners Leslie Felts and Neil Felts.

The project is a collaboration between the Main Street committee, the Cowley County Historical Society and downtown building owners.

Putting historical plaques on Main Street buildings has been ongoing since about 1997, according to Dorothy Fisher, who has been part of the process since the beginning.

“I think we started it before we became a Main Street city,” Fisher said.

She and Cindy Goertz have worked on the project along with other members of an ad hoc committee begun by Dave Seaton when the state hospital looked like it was going to close, and Main Street looked very bad, Fisher said.

She and Callie Seaton visited Newkirk, Okla., which was in the process of reviving its Main Street, and developed a lot of ideas from them.

Asked why she got involved in the process, Fisher said, “It’s interesting for people who want to know the history. It’s fun to know who owned the buildings.”

Among the buildings with plaques is Rupellius Fine Jewelers, 808 Main St., originally owned by Fisher’s family.

“We go to the courthouse, the Cowley County Historical Museum and the abstract companies to do our research,” Fisher said. “It takes a long time” to go through the materials and find out a building’s history.

They like to go in the winter when there’s not planting to do, she added.

Fisher sketches the building façades for the plaques. Cardinal Sign makes the plaques and Bair’s Glass installs them.

The cost of the plaques is split among the store owners, the museum and Winfield Main Street.

Fisher said she wasn’t sure how many plaques are up, but when they have more done, the committee plans a community walk-through so people can get to know more about the city’s history.

“People aren’t aware the plaques are there” or their significance to the community, Fisher said.

Who do you support for Kansas House District 79?