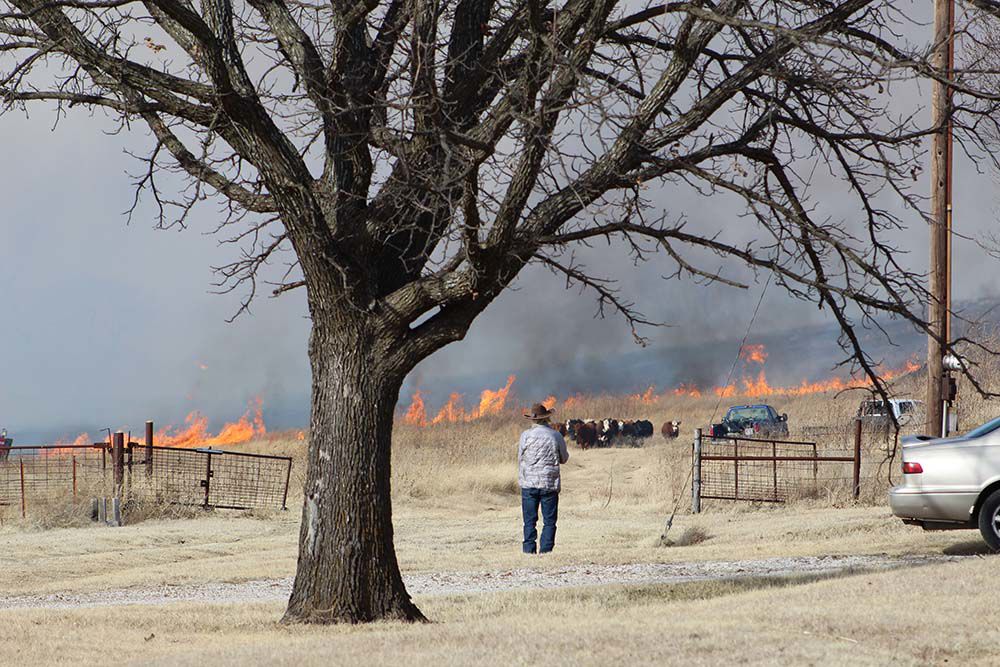 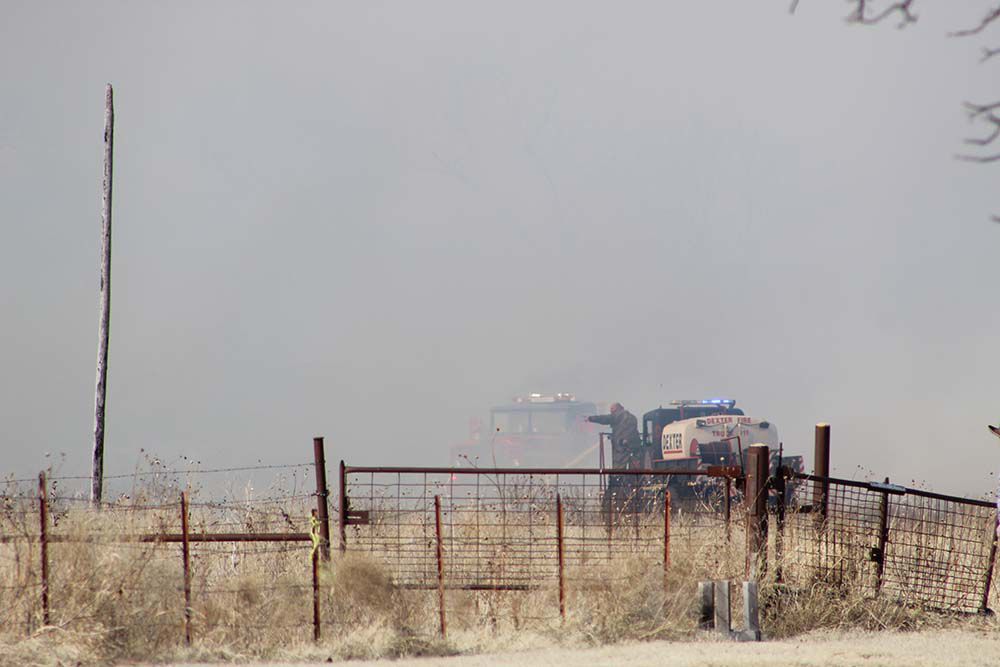 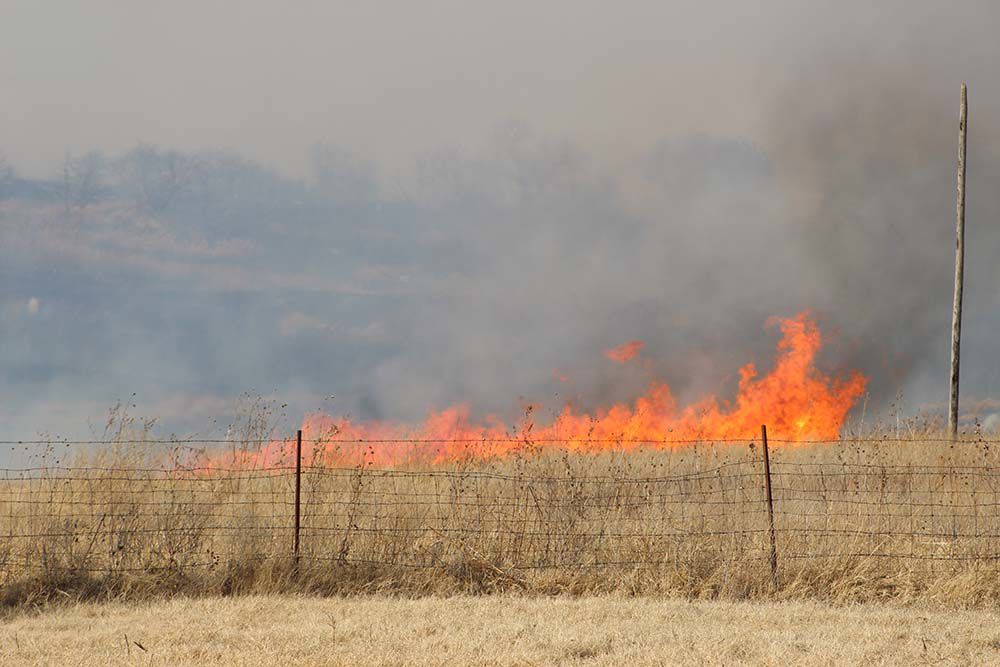 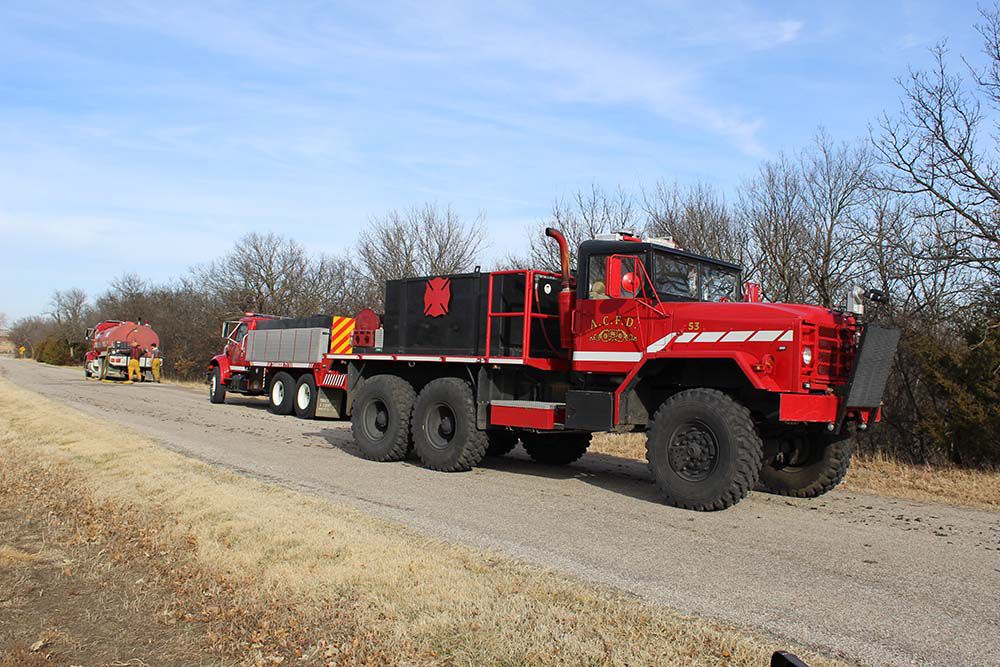 Cowley County Emergency Management assisted dispatch after speaking with the National Weather Service at 1:08 p.m., reporting the smoke on radar before the first 911 call was received, according to an CCEM official. The first third-party report came in at 1:13 p.m.

Units from Arkansas City, Winfield, Dexter, Burden, Cambridge and Udall responded. Additional fire units were called after the fire spread out of control.

The fire, reported to be more than a mile wide, was along Grouse Creek Road at U.S. 166 Highway, west of the Cowley State Fishing Lake. It could be seen from several miles west on U.S. 166.

Cattle were moved away from the fire and firefighters were trying to cordon off a home threatened by the flames.

Fire command advised at 3:11 p.m. of a barn on fire with hay bales on fire around it. The structure was saved and crews moved on.

Fire personnel advised that the fire was about to engulf a large treeline at 3:30 p.m., with no access to fight it. The only route would be to relocate on the west side from 155th Road.

Butler County assisted by preparing for any calls in the northern part of Cowley County.

Drivers of the fire vehicles had a difficult time keeping up with the fire due to high winds in the area. CCEM reported at 3:28 p.m. a 36-mph wind gust out of the south from their station in Winfield. Another issue was that the terrain the fire was burning through was very rocky with steep hills and drop-offs.

Once water tankers were emptied, they were forced to head back to rural water districts in the area to resupply. The trucks that were capable refilled from the Cowley State Fishing Lake.

No major structures were reported as damaged as of 5:10 p.m.

Ark City fire chief Bobby Wolfe gave a quick update at 5:43 p.m. that the fire was mostly contained, but fire crews would be on mop-up duty for quite a while because of continuing winds and hot spots spread throughout a large area.

Rehabilitation was set up in Dexter for weary firefighters to recuperate and return to the fire.