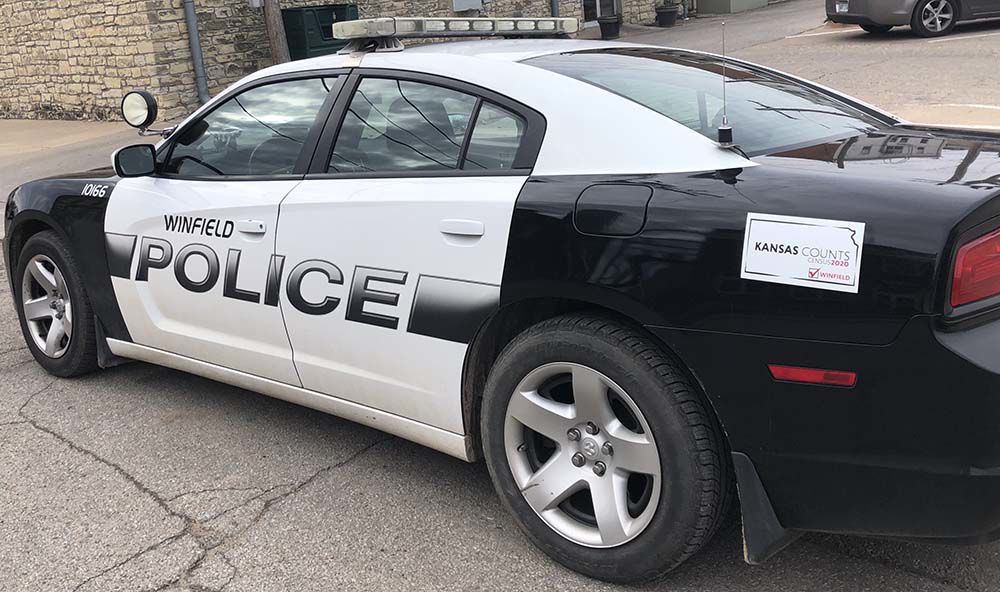 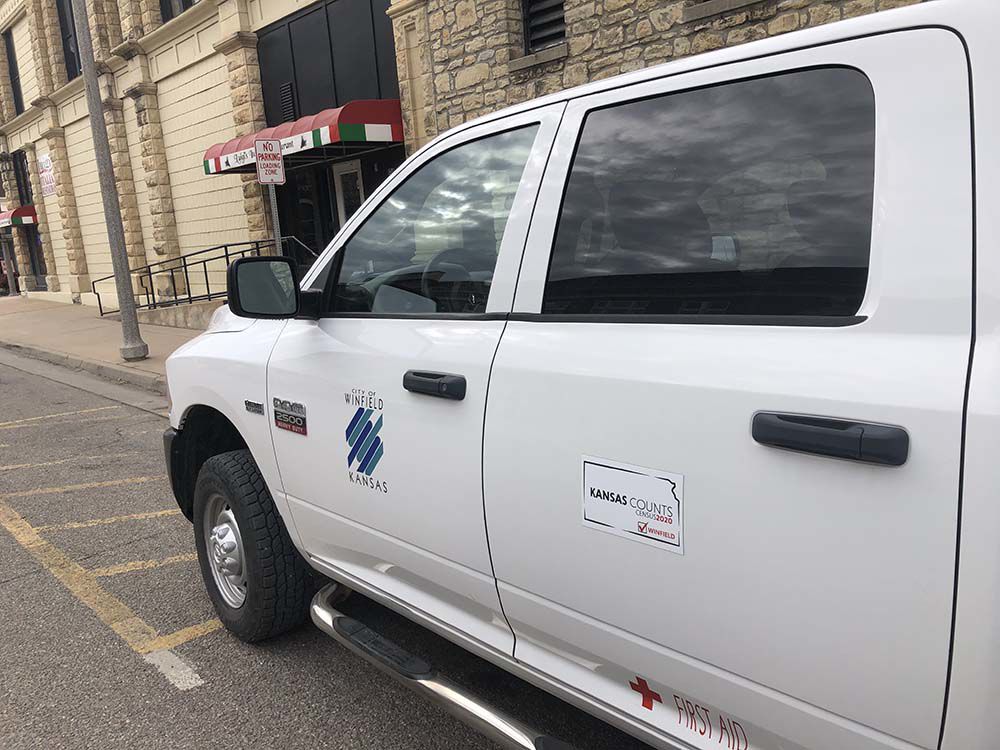 The City of Winfield is beginning in earnest the local outreach effort related to the upcoming census.

To kickstart the effort, the city worked locally with Cardinal Sign in Winfield to produce custom magnets displaying the Kansas Census Logo and Winfield to attach to 75 of the city’s various fleet vehicles in code enforcement, police, fire, water, wastewater, natural gas and electric departments.

For Winfield, the value of dollars on the table through federal funding for water, wastewater, medical services, schools, fire services, hospital services, streets and more is approximately $262 million through the next 10 years. Making sure each person is counted correctly is critical.

City officials encourage all residents to respond to the census. The city is also working diligently with census officials to ensure that the Winfield Correctional Facility, Southwestern College, nursing institutions and group homes are accurately counted.

The U.S. Constitution mandates a census of the population every 10 years. The 2020 Census will count everyone who lives in the U.S. as of April 1, 2020 (Census Day). Census statistics help to determine the number of seats each state holds in the U.S. House of Representatives and how billions of dollars in federal funds will be allocated by state, local, and federal lawmakers every year for the next 10 years.