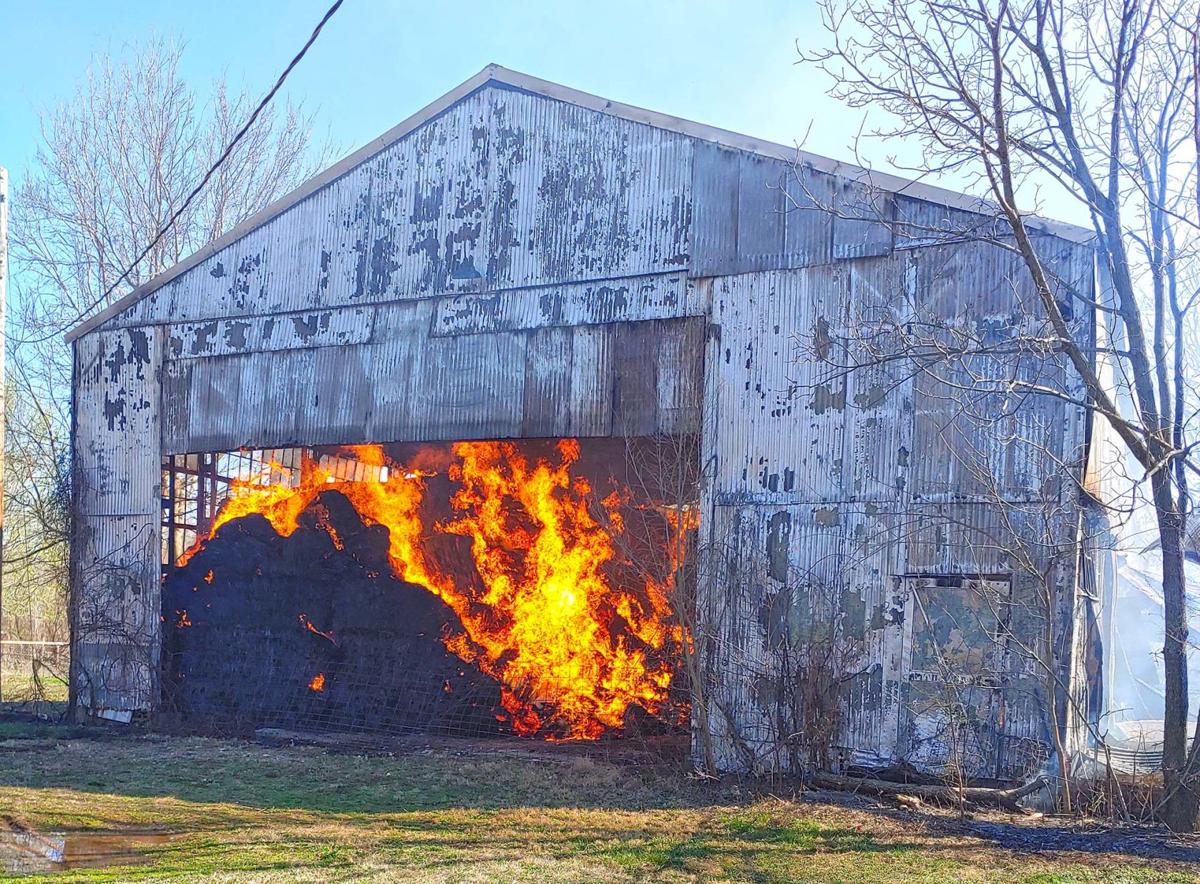 The Williams’ hay barn on 31st Road and all of the contents were burned on Friday and continued to smolder and smoke through the weekend. 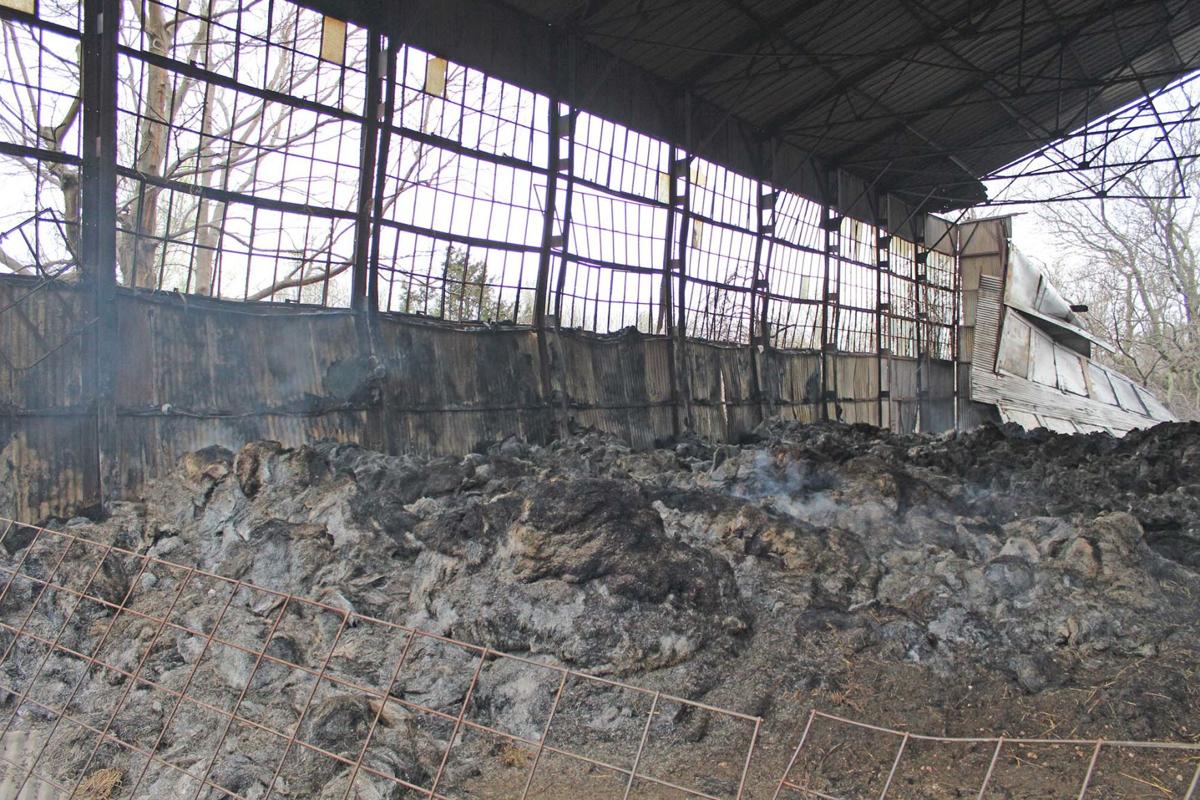 The Williams’ hay barn on 31st Road and all of the contents were burned on Friday and continued to smolder and smoke through the weekend.

The Williams family is coping with another destructive fire.

Their large hay barn was a total loss after a fire started on Friday and continued to smolder on Monday afternoon. This follows the destruction of their home four years ago due to fire.

The barn was being used by a farmer who filled it with hay and was luckily insured, property owner Debbie Williams said. The barn itself was unable to be insured due to previous storm damage.

Arkansas City, Winfield, Udall and sheriff’s deputies responded to a reported fire about 3:30 p.m. at 23343 31st Road (southwest of Strother Field), according to a sheriff’s report. Williams said her son was doing some work when he looked out and saw smoke rolling out of the hay barn.

ACFD Capt. Paul Hunter said fire chief Bobby Wolfe was first on scene reporting the barn was half-engulfed. All of the hay was burned and the integrity of the barn was compromised.

Williams and Hunter both said firefighters didn’t bother trying to put out the fire because it was burning so relentlessly. Instead they kept the fire from escaping and saved the surrounding buildings and farmland.

What remained of the hay and structure burned and smoldered all weekend. The family kept a close eye on the building to ensure no embers started additional fire, Williams said. She also said that no one was in or around the barn when it caught fire.

Hunter said there have been a few times when hay bales spontaneously combusted due to moisture. The compacted moist hay causes a chemical reaction which creates flammable gases and heat. Once the gases become concentrated and enough heat is created, the hay bale bursts into flames, according to a study at North Dakota State University.

“It was a such a scary thing coming home and seeing smoke billowing from a distance,” Williams said. "Brought back the memories from when our house burnt down, four year ago, April 26.”

On that morning Williams left the house — similar to Friday — only to get a call about a fire. A neighbor drove past the Williams’ house and saw smoke billowing out of it. The house was fully involved and a total loss, according to a previous CourierTraveler story.

The cause was labeled as undetermined but possibly faulty electrical wiring that sparked the fire, Williams said. Williams and her five adopted children were safe, but the fire killed six dogs kenneled inside and a cat, according to the story.

The family lived in a few different places until a Rose Hill couple donated a house to the Williams. The house was transported from Rose Hill and placed at 23343 31st Road in March of 2017.