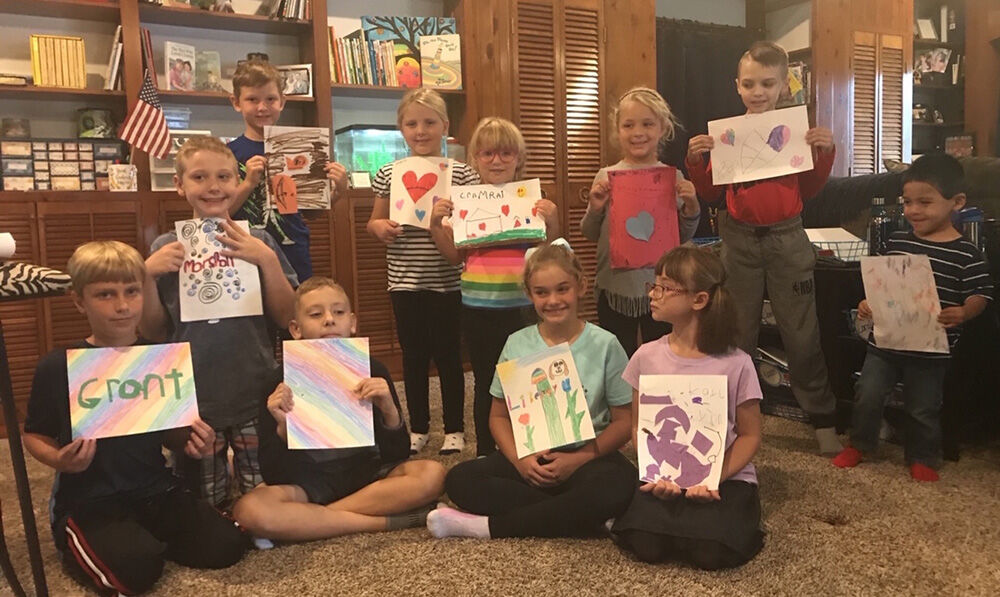 On the first day of classes, the kids at The One Room Schoolhouse made designs around their names. 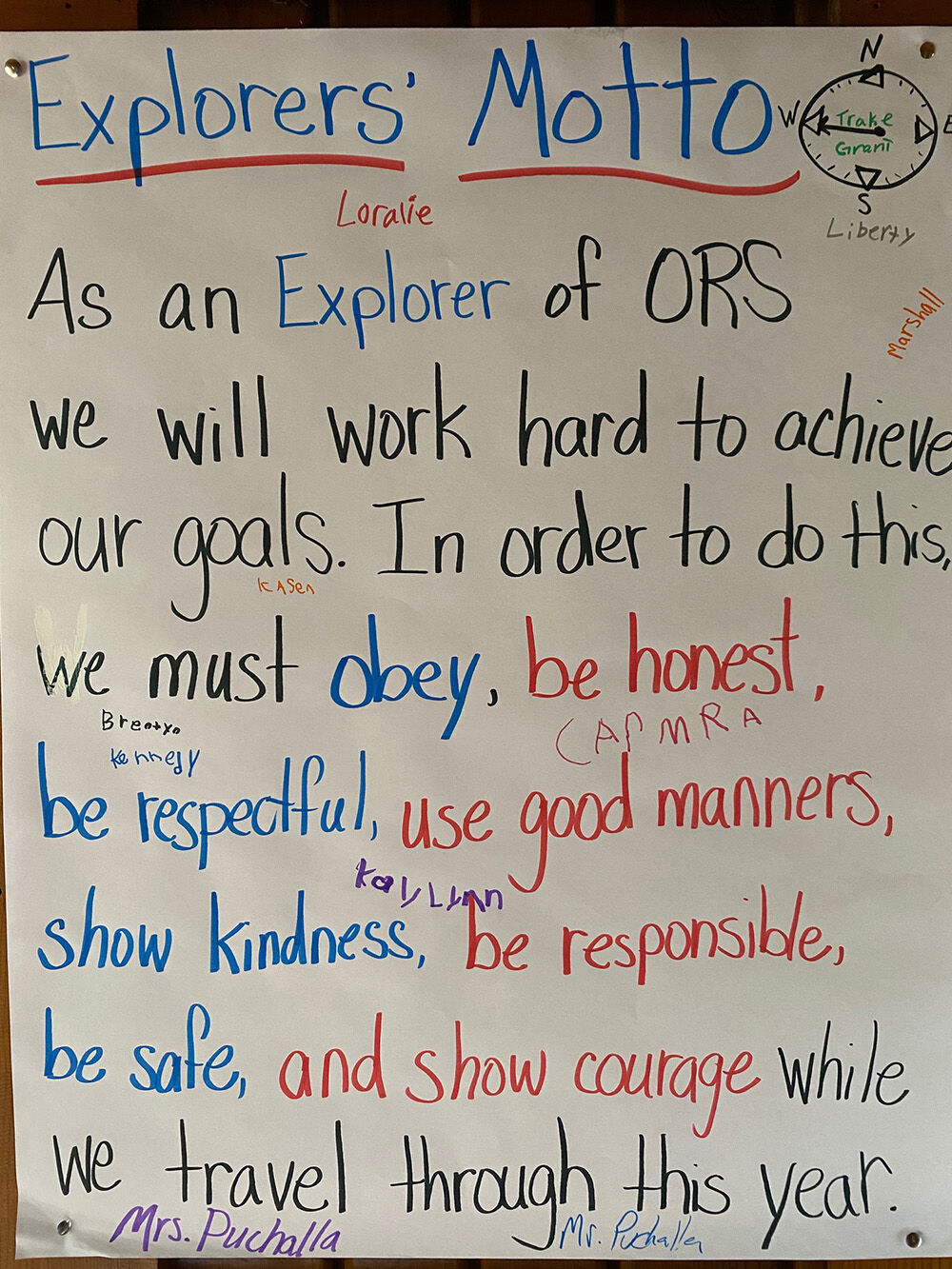 Students at The One Room Schoolhouse came up with this motto Wednesday, the first day of classes.

On the first day of classes, the kids at The One Room Schoolhouse made designs around their names.

Students at The One Room Schoolhouse came up with this motto Wednesday, the first day of classes.

The pandemic crisis has people thinking outside the box and responding to needs in original ways. Or in the case of Ark City’s One Room Schoolhouse, using an old education model to educate kids in a new way.

On Aug. 10, the Arkansas City USD 470 Board of Education made their decision to go with a hybrid format for classes this year. On Aug. 11, Lenell and Clay Puchalla decided they needed to set up a different kind of school for their kids’ sake. The Puchallas have a total of six adopted and foster children. Some of them have IEPs (Individual Education Programs) because they have special education needs.

“Something was going to have to give,” said Lenell, who was working outside the home. A longtime kindergarten teacher in USD 470, she knew she could not work full time and help with the kids’ education at home, too. “We didn’t want to risk it,” she said. “And how do parents avoid child care if they work full time?”

It was a really tough decision, Janell said, to launch out on something so new and to realize they had to have parents willing and able to pay since the school would be the source of their income.

Lenell said they went with the one-room school as the basic model because she has always been interested in it — several ages of kids learning together and able to collaborate with each other on many projects.

They set up the classroom in part of their house. Right now it’s kindergarten through fifth grade but it could go to sixth grade. Ten students attend now, but they could take three or four more, Lenell said.

“You have to see the kids in the space to see if there’s enough room for them and maybe for more,” she said. They plan to remodel their two-car, two-story garage into a school at some point.

School is 8 a.m. to 3 p.m. with 15-minute recesses in the morning and afternoon, Monday through Friday. The kids are responsible for bringing their own lunches.

Clay had been a USD 470 aide for the past three years after a 20-year career as an engineer in the aircraft industry. When he was laid off, he got a master’s degree in curriculum and institutional paths.

Lenell, who has taught kindergarten through third grade, is the head teacher in the school. Clay noted that over the years, Lenell has been much praised for her innovative teaching practices and has been asked to speak on them at educational conferences.

Clay does the tech support for the school, keeps the books, teaches physical education and at the social stations, where kids learn etiquette and other social skills.

“I’m the behind the scenes, but I’m right there with the kids, too,” he said.

The students have their own supply boxes so they don’t have to share items, one of the hygiene practices for the coronavirus. The Puchallas left it up to parents whether their students would wear masks in the classroom.

In the school handbook, they state that if 50 percent of the students become ill from the coronavirus or the flu or anything else, the classes would go virtual for at least a week until they see an improvement in everyone’s health.

Hands-on learning is being stressed in the classroom. “Technology has its place,” Lenell said, “but we don’t want the students to spend a lot of time in front of a screen. We want them experiencing. We want to protect live education. We want the kids to like learning again.”

To gain a sense of ownership of their school, students on the first day worked with Lenell to write the school motto. She wrote the words down, but the words themselves came from the kids. “The older kids really liked doing it,” she said.

Lenell thinks there is plenty of room in Ark City and other communities for this kind of small-group schooling because there are plenty of trained teachers who could do the work, and many parents are interested in such a program.

The problem, of course, is paying for such an education. “That means poorer people can’t take part in it,” Lenell said.

And she thinks it would be a good idea to look into how society could handle that problem so that small-class teaching is available to all students.

For now, she and Clay are very happy with the first two days of school. “The kids were interested; they were happy,” she said.

Who do you support for the U.S. Senate?