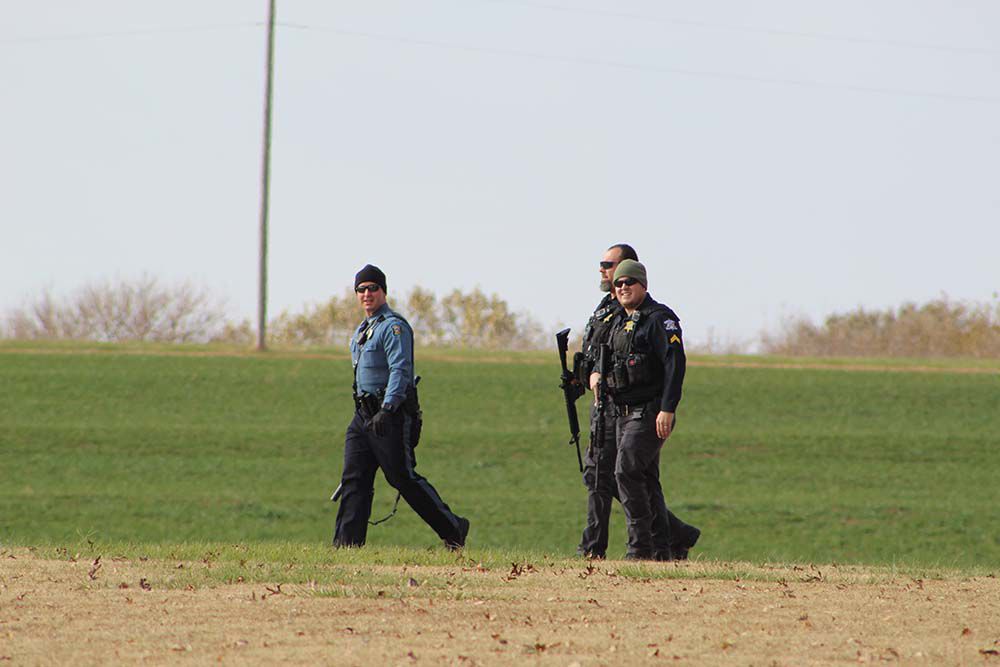 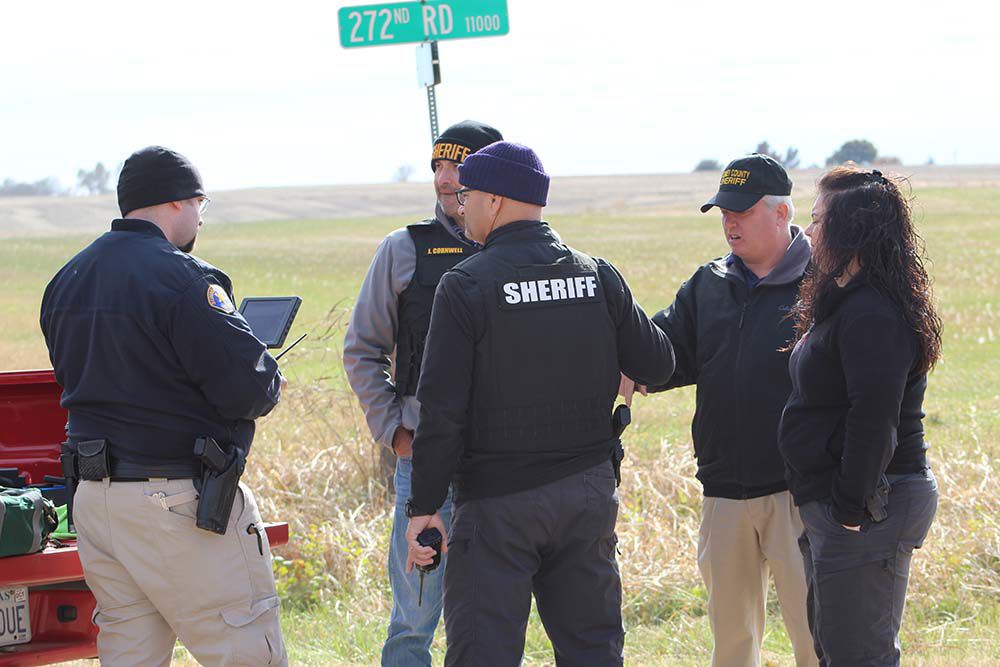 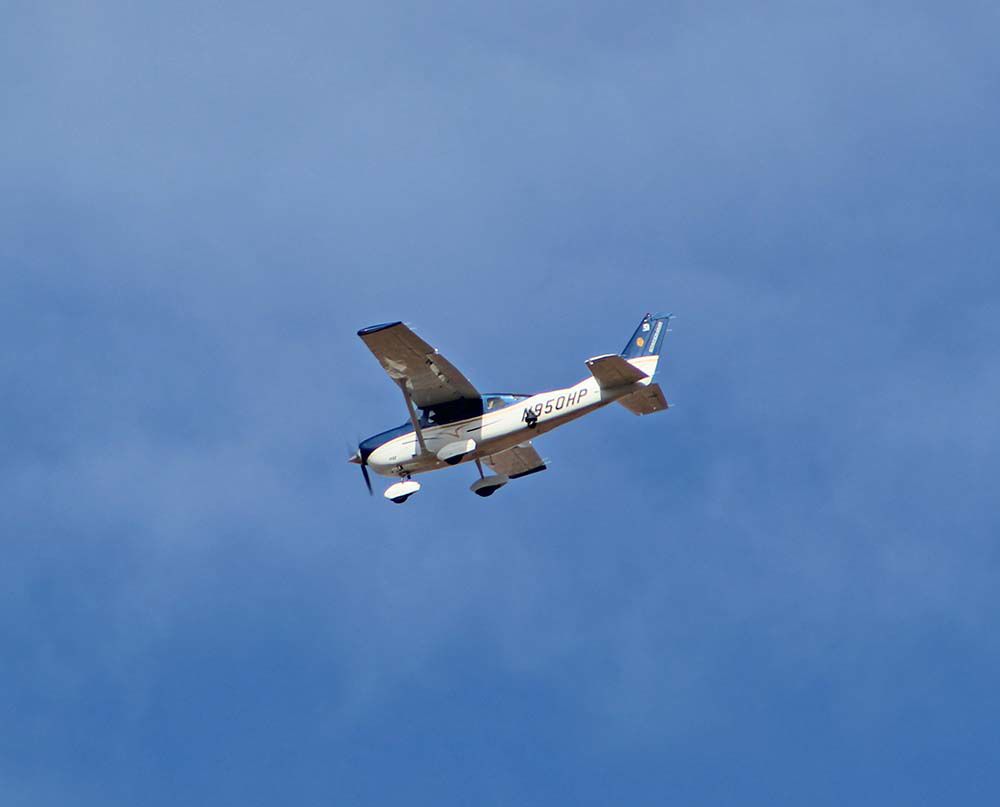 The manhunt for two suspects was called off around 2:30 p.m. Friday and law enforcement don't have any reason to believe that the public is in danger, according to the Cowley County Sheriff's Office.

Authorities have an idea who the suspects are, Air Trooper Ryan Tauer said, making it much easier to find them later. Tauer flew around six hours total and never saw the suspects from the air. He thinks they were unable to see them with the infra-red camera Thursday night after they jumped in the cold Walnut River.

Area and state law enforcement continued Friday afternoon to search for two suspects in a section of land north of US 166 Highway, east of Arkansas City, after the pair ditched a vehicle and fled on foot Thursday night.

The most recent siting of the suspects ― a man and a woman ― occurred about 12:45 p.m. on 99th Drive after they stopped for water and a quick phone charge at a residence, according to radio communications.

The Cowley County Sheriff’s Office is advising people in the area to check and secure their out-buildings and vehicles.

Law enforcement swarmed the area with air resources and ground vehicles trying to locate the suspects, who failed to pull over for a traffic stop Thursday night and led authorities on a car chase until their truck got stuck in the mud on private land.

Deputies and troopers searched a house that was reported open on the corner of 101st and 272nd Roads but no one was found inside.

At least one of the suspects had a warrant, Falletti said, but he declined to provide a name.

A manhunt was called off Thursday night after an extensive search northeast of Arkansas City for two people who did not pull over for a traffic stop. But authorities were back on the scene Friday morning searching by ground and air.

Two suspects fled police around 5 p.m. Thursday in a red pickup through a portion of Cowley County, east of Strother Field. The driver reportedly drove through some fields and unmarked areas during the chase, according to scanner communications.

The vehicle pursuit ended when the truck got stuck in the mud and the pair fled on foot in a wooded area east of 111th and 252nd Roads.

The pursuit started after the driver of the truck did not pull over on traffic violations, Sheriff Dave Falletti said on Friday, but also involved somebody with a warrant. Falletti said he did not want to release the name at this time.

“We have an idea who they are, and we’re following up on that right now,” he said Friday morning.

Trackers on Thursday found some signs of where one or more of the suspects had been, and where they possibly went, according to radio communications.

“It got dark on us pretty quick,” Falletti said of the incident. “We’re just not sure where they went.”

The maroon Chevy pickup was hauled off private property from near the Walnut River. Bruton’s Towing Service initially showed up and found that they needed four-wheel drive to dislodge the vehicle from the crash site.

Express Recovery sent a wrecker and was able to remove the vehicle. The truck is registered to the owner, but with the wrong tag, according to scanner records.

Cowley deputies were assisted by Kansas Highway Patrol, both on the ground and in the sky. After the vehicle pursuit Thursday night, a KHP airplane scanned the area with a FLIR (Forward Looking InfraRed) camera for heat signatures that could be the suspects but didn’t find them.

Air Trooper Ryan Tauer circled the area for almost two hours before the search was called off by Falletti about 8 p.m.

Tauer said the residents in the area were safe to stay at their homes after a perimeter was setup.