‘Hunting Jessica,’ an upcoming Netflix television show, will be filmed this fall in Newkirk, Okla. 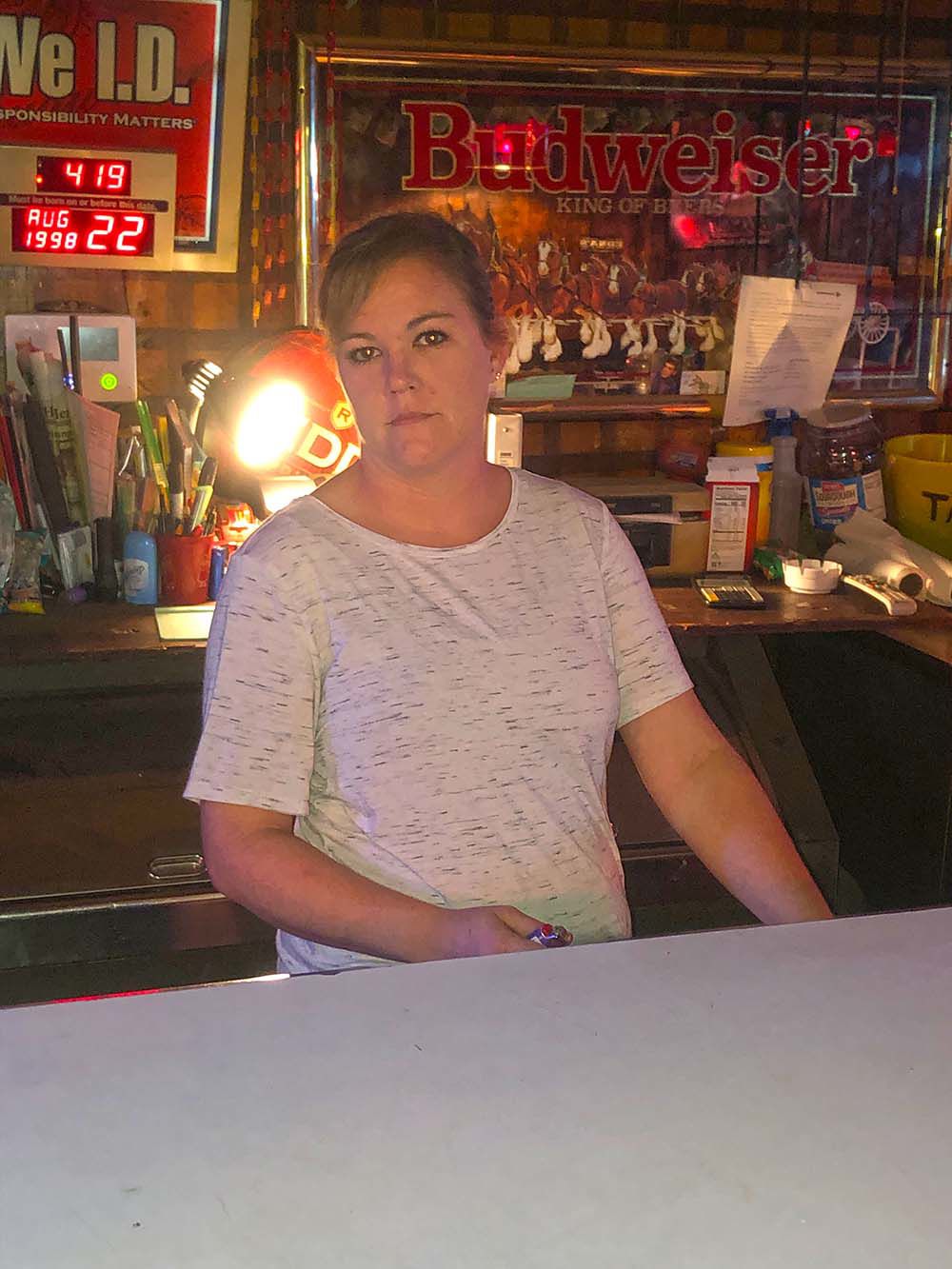 Tracee Forbeck,, manager of the Char-Ron Lounge in Newkirk, Okla., is excited about the prospects filming may bring to the lounge.

‘Hunting Jessica,’ an upcoming Netflix television show, will be filmed this fall in Newkirk, Okla.

Tracee Forbeck,, manager of the Char-Ron Lounge in Newkirk, Okla., is excited about the prospects filming may bring to the lounge.

For many, Newkirk, Okla., seems like a quiet, idyllic community, a small town with a bustling downtown district and open, friendly people. It almost feels like a setting out of a movie.

That will soon come true, as an upcoming Netflix show will not only be set in a fictionalized version of the town, but filming will begin in September, bringing the bright lights of Hollywood to the community.

The show is being produced by Raman-Martin Film Productions, who has offices in Florida and Oklahoma. Lisa Martin is the CEO of the company and the leader of the project, which she wrote and is filming. The show is titled “Hunting Jessica,” and is based on a fantasy novel of the same name by Elizabeth St. John.

“(St. John) is an Oklahoma author and the books she’s written is a collection of books called ‘The Hunting’ series,” Martin said. “After reading the books, I decided to invest in a television series.”

The series combines elements of fantasy and horror to tell the story of Jessica, a small-town girl in Devil’s Bend. Martin described it as a paranormal thriller.

“‘Hunting Jessica’ is about a girl who livers in Devil’s Bend. She’s just a regular girl, and one day, something happens in town — a murder,” she said.

That murder is a shocking crime, as Devil’s Bend is a close-knit community of about 1,100 residents. She is startled while walking down an alley by a shadowy figure, and ends up bitten by a vampire. She soon uses new-found powers as a vampire hunter.

“She realizes anyone else could have died then, and she didn’t,” Martin said.

Native American folklore, including that of the wendigo, also plays into the plotline.

“He ends up being part of an ancient tribe, walking the line between good and evil,” Martin said.

St. John, the author of the novels, based the book in Newkirk, which actually proved to be an apt setting for the show.

“The town’s really perfect for the kind of show it is. Everyone is so welcoming,” Martin said.

Filming is expected to begin the second week of September, and will premiere in early 2020 on Netflix.

One thing that attracted Netflix was a new serial format. Most dramas are about an hour in length. “Hunting Jessica” however is only about 30 minutes each episode.

“Thirty-minute drama thrillers are not a common concept, and it’s being ushered in because people don’t always have time to watch shows on Netflix,” Martin said. “We’re going to do nine episodes in the entirety of season one.”

They are also using as much Oklahoma talent as possible, from actors to set crew.

“The entire series will be filmed in Newkirk. All of the footage will be done in Newkirk,” she said.

The filming will encompass both rural properties outside the community, as well as many locations within the city limits, especially along Main Street. One prominent shooting location is the Char-Ron Lounge, which will be a central setting for the plot, as Jessica works as a bartender. Tracee Forbeck, manager of the lounge, is happy at the prospect of the film.

“I’m excited. I can’t wait for it to get started,” she said. “My dad would be excited about it if he were still here.”

The series also has the potential to revitalize and bring more attention to the rural community.

“I’m excited for it — this is very exciting,” Newkirk Chamber President Debbie Leaming said. “It’s already benefitted Newkirk, as it’s created a buzz. Our Chamber Facebook page is a buzz.”

Leaming sees ling-term impacts for the community, as people may visit the town solely for its fame in the series.

Even short-term, through the filming there are benefits, especially financial.

“The cast and crew will be eating here, they’ll be buying soft drinks. It’s already bringing people to Newkirk,” she said.

The series is set to film for six weeks for the first season, with a premier in February. As for Martin, she gives all the credit to God for the project, and hopes it turns out well.

“The only way I can explain it is God put me on a path. I really give God all the glory,” she said.