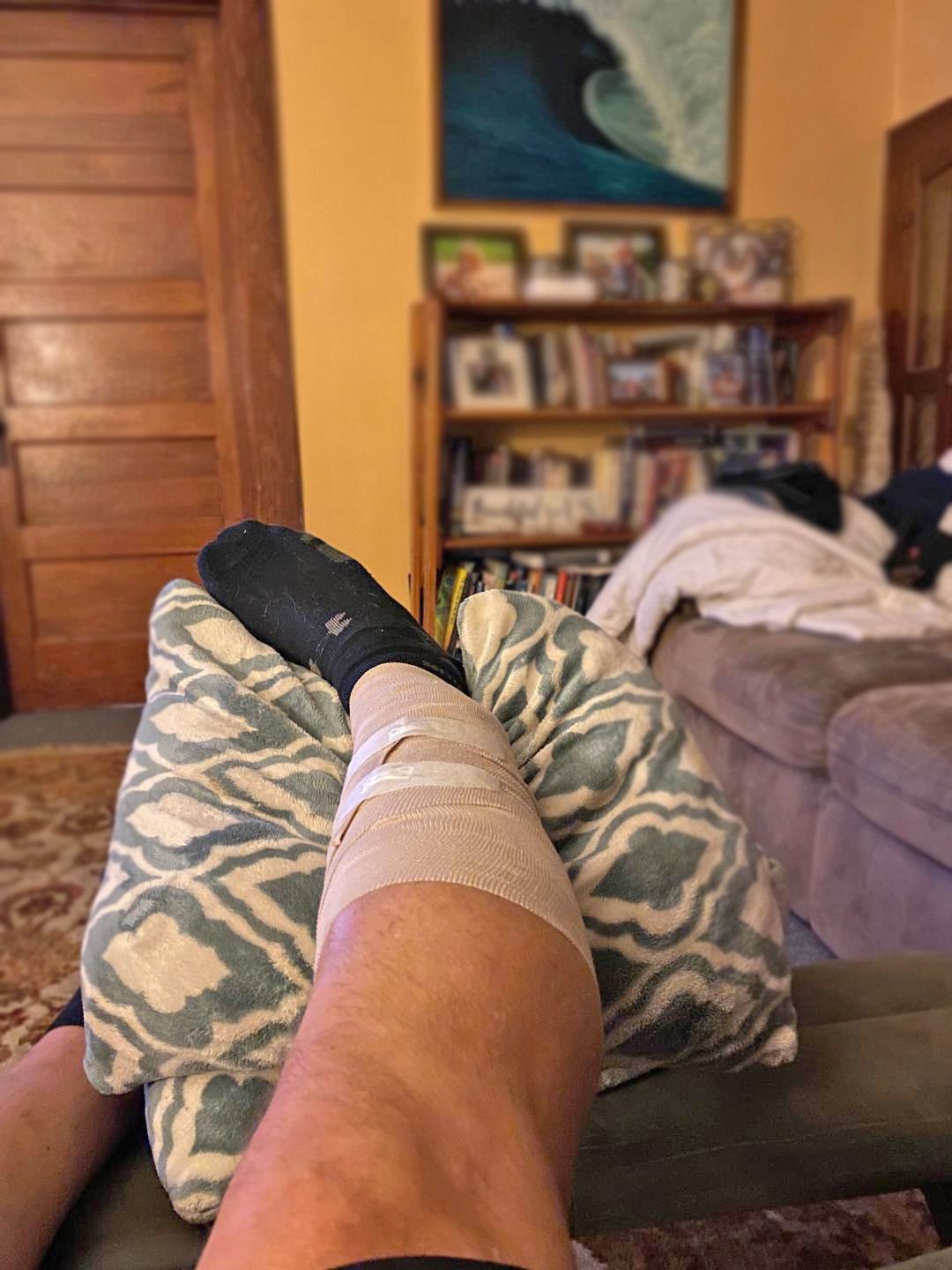 Dan Smith said he remained in severe pain on Thursday, two days after a dog injured his right leg while he and his daughter were cycling near Veterans lake. 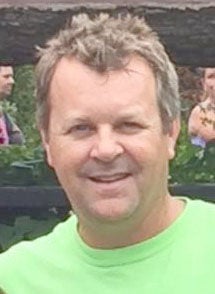 Dan Smith said he remained in severe pain on Thursday, two days after a dog injured his right leg while he and his daughter were cycling near Veterans lake.

An Arkansas City resident remains confined to his bed two days after a large dog attacked him while he and his daughter were cycling along the hike-bike trail near Veterans Lake in Ark City.

The owner of the animal was cited for a vicious or biting dog through Arkansas City Municipal Court, according to Ark City police, but the dog was not impounded by authorities.

Dan Smith, 53, said a dog he described as a pit bull being walked by its owner on a leash latched onto his leg and shook violently.

His daughter, Dani, was not injured, but was traumatized by the experience. He will be off work for a while, while his leg heals and plans to seek restitution from the dog’s owner.

“I required 19 stitches,” Smith said and praised the Ark City emergency services and medical staff at SCKMC for their work.

The press release did not name the owner, but stated the person remained at the scene while police administered first aid to Smith. The dog was leashed during the incident and the owner had current proof of the animal’s vaccination, the release states.

The CourierTraveler requested public records on the incident Thursday afternoon but had not immediately received any.

Smith said he and his daughter were biking along the trail when they neared a woman walking three large pit bulls. Smith called out to the woman that they were approaching and she acknowledged by greeting them as they passed.

The dog didn’t appear to be aggressive until their attention was diverted back to cycling, Smith said, then the animal attacked.

“I beat the dog as hard as I could and it finally let go,” Smith said.

“I’m just glad this didn’t happen to any of my children,” Smith said, adding that Dani is going to Cowley College to play volleyball.

Others on the path met with police and told them the dog was aggressive toward them, according to Smith.

He said he doesn’t want to be burdened with carrying a gun while doing recreational activities, but will do what he must to keep he and his family safe.

A few residents of nearby Lake View Estates and those who use the trail expressed their concern on social media after the incident was posted.

Section 10-37 of the Ark City municipal code states that it is unlawful to keep, harbor or own a vicious dog.

The term “vicious” means any dog which attacks or bites any person or other animal, or which behaves in such a manner that it is possessed of tendencies to attack or bite such as chasing after a person or animal to harm or injure, the code states.

The dog may be euthanized by order of a municipal court judge after finding the dog poses a substantial likelihood of injury to anyone in the city.

Lawson said a dedicated animal control officer has not been hired to replace the former officer who resigned several months ago. He said the city remains under a hiring freeze.