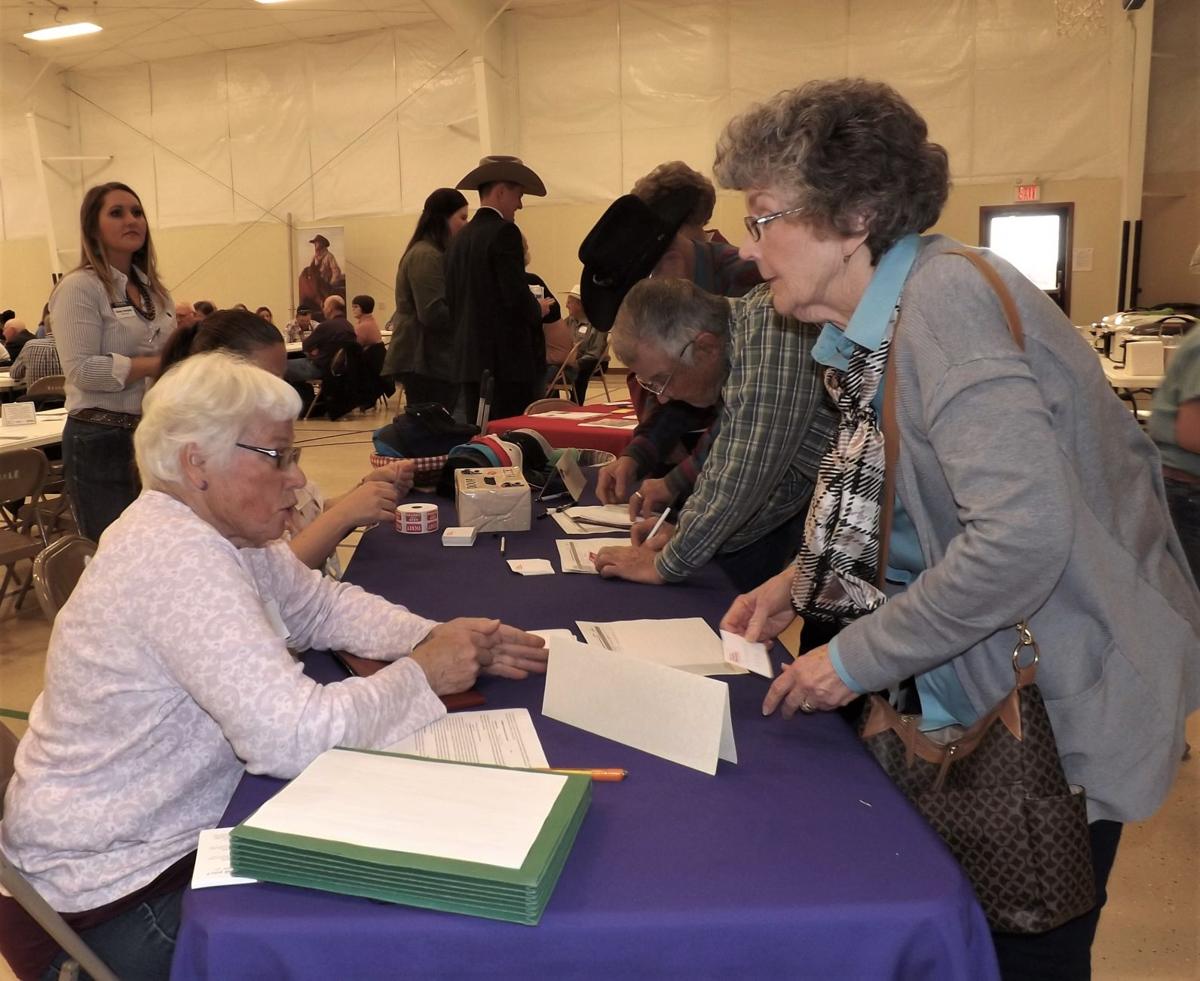 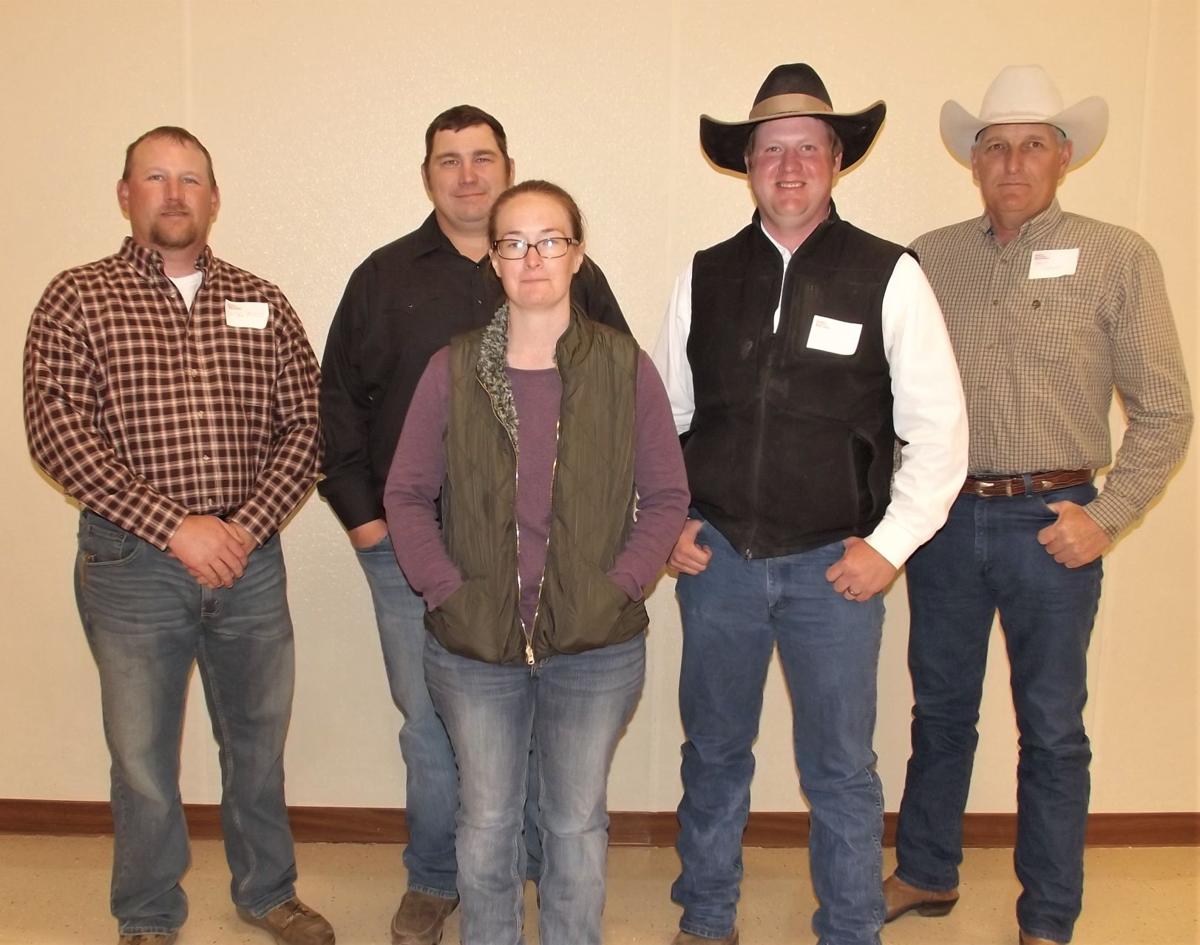 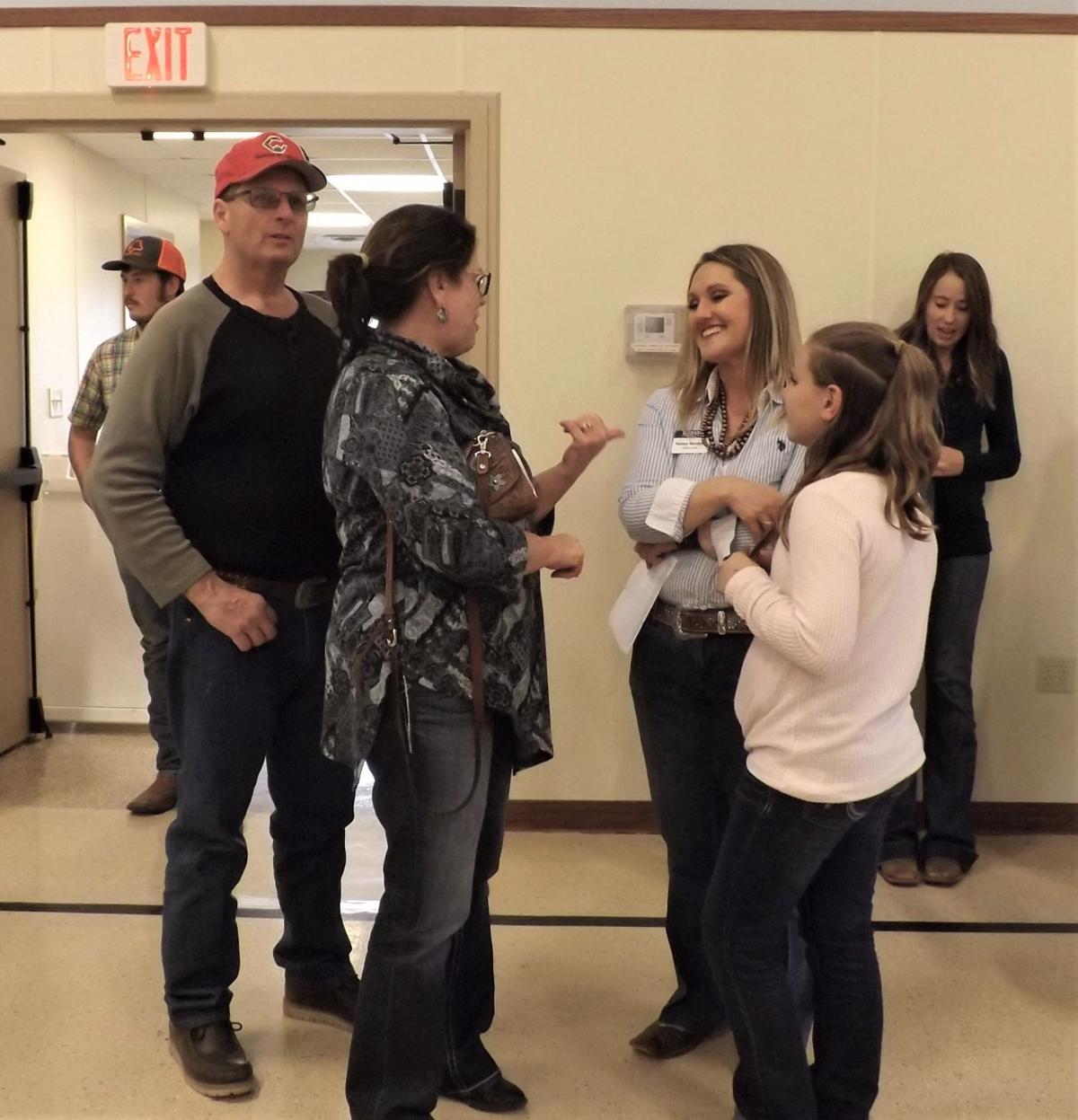 Karen and Monty Pool, left, from Winfield, visit with Kelsey Nordyke and her daughter, Kennedy Holcomb, at the annual CCLA dinner and meeting. Nordyke is the extension agriculture agent for Cowley County.

Karen and Monty Pool, left, from Winfield, visit with Kelsey Nordyke and her daughter, Kennedy Holcomb, at the annual CCLA dinner and meeting. Nordyke is the extension agriculture agent for Cowley County.

Registration preceded the dinner and was spent visiting and checking out the displays set up by various event sponsors. Following the invocation by Brian Thiel, a retiring CCLA board member, guests enjoyed smoked brisket from Creekstone Farms, baked beans, a potato casserole, hot rolls and cookies.

First on the agenda was the business meeting, treasurer’s report by Roger Black and election of board members. Those going off the board were Clint Bryant and Roger Black, both of Arkansas City; Donna Martin, of Dexter; and Thiel, of Winfield.

The nominating committee announced their selections for new board members and after asking for nominations from the floor, Bryant, who was conducting the meeting, asked for a motion. The new board members were elected unanimously. They are: Amanda Pilkington, of Winfield; David Parsons, of Winfield; Kevin McFarland, of Ark City; and Curtis Burdette and Don Land, both of Cedar Vale. They will be the board representative to the Kansas Livestock Association.

Kelsey Nordyke, KSU Extension Ag agent, announced an opening at the extension office for a 4-H agent, the position she held until December when she moved up to agriculture agent. In addition, she asked the guests to fill out a survey which she handed out at the end of the evening.

“We also want to thank our sponsors who made this evening possible and you all for showing interest in the CCLA,” Nordyke said.

Donna Martin introduced the first speaker, KLA Stockgrowers Division Director Dean Klahr, who shared a legislative update and how the KLA was involved with ag-related bills in the legislature. The next speaker was Dr. Jaymelynn Farney, KSU Beef Systems Specialist at the Southeast Research and Extension Center, who spoke about grazing systems in the area.