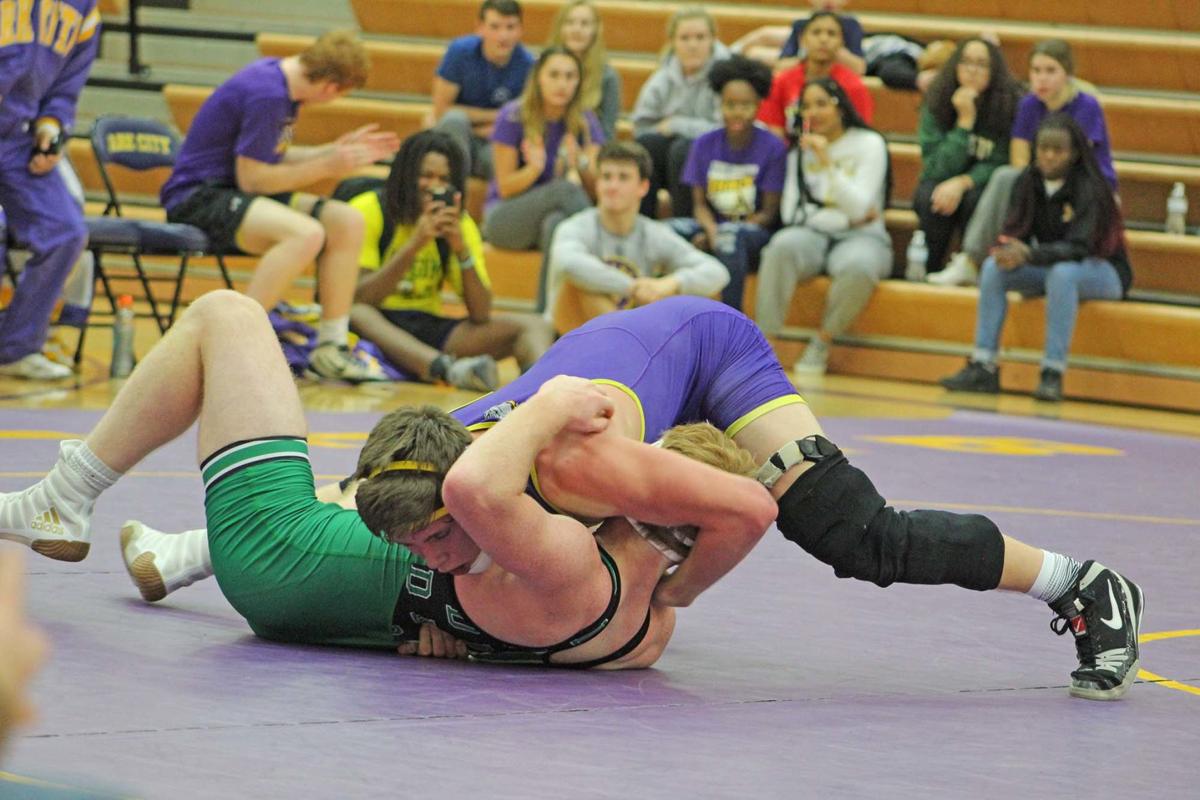 Arkansas City High School senior Nicholas Bahm turns Jace Jenkins of Derby onto his back and is just seconds away from a pin Thursday night in The Dawg Pound. The Class 5A No. 7-ranked Bulldogs rolled past the reigning Class 6A State champion Panthers 42-21 without giving up a single bonus point. 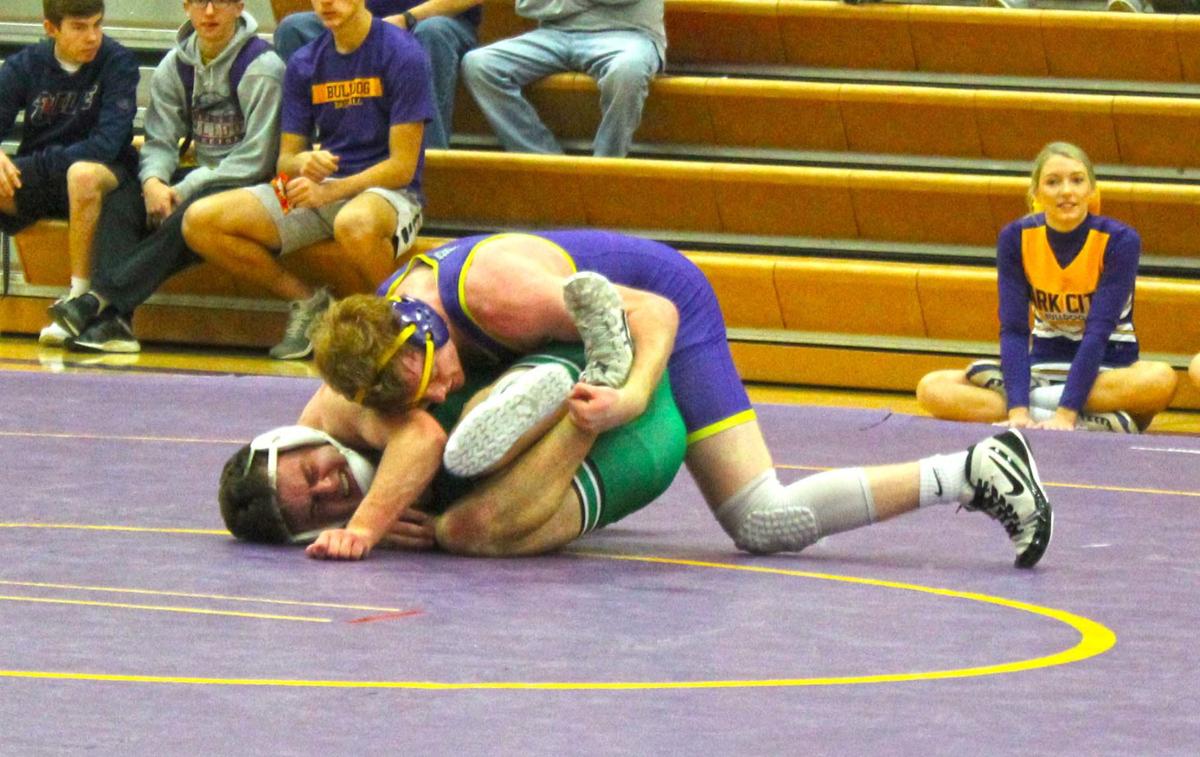 Arkansas City High School senior Nicholas Bahm turns Jace Jenkins of Derby onto his back and is just seconds away from a pin Thursday night in The Dawg Pound. The Class 5A No. 7-ranked Bulldogs rolled past the reigning Class 6A State champion Panthers 42-21 without giving up a single bonus point.

Arkansas City’s wrestling team is consistently ranked among the top two or three teams in the state. So if the Class 5A No. 7-ranked Bulldogs are competing as if they have a chip on their shoulders, they can be excused.

The Bulldogs took care of business Thursday night in The Dawg Pound, rolling to a 42-21 victory against the reigning KSHSAA Class 6A State champion Derby Panthers.

The Panthers were ranked No. 6 in 6A entering Thursday’s dual, with six grapplers ranked in the top six at their respective weight class.

Three matches pitted ranked wrestlers against one another.

A key reversal to start the third period was costly for Ark City senior Gavin Lough, ranked No. 4 in 5A at 182 pounds, who ultimately dropped an 8-7 decision to Derby senior Taidon Wells, ranked No. 2 in 6A.

Derby senior Tyler Allen, ranked fifth in 6A at 220, dropped down to 195 to challenge 5A No. 3-ranked senior Deston Miller at 195. Miller used a late takedown to secure a 9-8 decision.

The Bulldogs already had the dual wrapped up when 5A No. 3-ranked ACHS junior Trig Tennant stepped onto the mat to face 6A No. 2-ranked Cason Lindsey in the final match of the night, at 145 pounds. Tennant made quick work with a takedown and pin in the first period.

Derby freshman Tate Rusher, ranked No. 6 in 6A at 113, took the night off, so junior Sammy Dickey pinned his understudy, Knowlyn Egan, in the second period to give the Bulldogs a 24-15 lead. Junior Kael Pappan, ranked No. 4 in 5A, followed with a pin in the third period of his 120-pound bout against Troy Allen.

Sophomore Traven Hutton then clinched the win with a third-period fall against Pierce Probasco at 126, making the score 36-15.

Junior Wyatt Biddle refused to be pinned at 132 against 6A No. 3-ranked Bryce Wells, who had to settle for an 8-2 decision. Freshman Wyatt Bahm gave up a late takedown in a 9-7 loss to Xavier Sisco at 138.

Senior Nicholas Bahm, ranked fifth in 5A at 170, earned a third-period fall against Jace Jenkins.

Junior Maximus Shannon, the No. 3-ranked heavyweight in 5A, needed just 54 seconds to pin Alex Hurt.