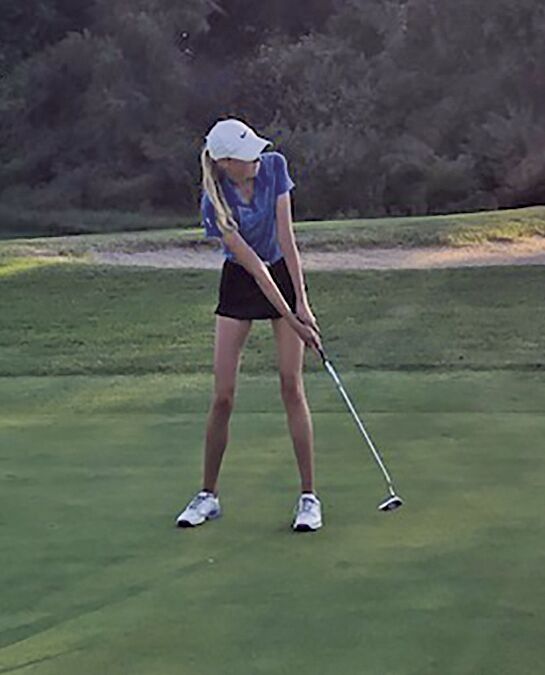 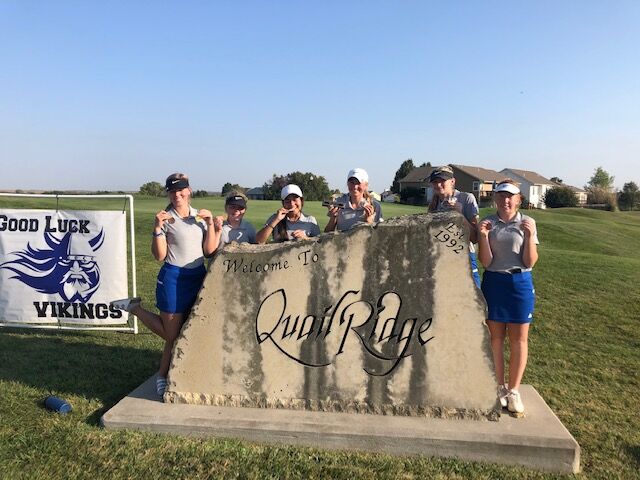 The Lady Vikings pose with their league medals.

The Lady Vikings pose with their league medals.

The Winfield High School girls golf team had been chasing league nemesis Buhler throughout the season.

Winfield senior Abby Bertholf just missed the league title in individual scoring. Her 82 was one stroke off the pace and placed her third.

Lauren Specht of Buhler took the individual title with an 81 after a playoff against Wellington’s Payton Ginter.

“We had a pretty good day yesterday,” WHS coach Dave Bertholf said. “Elly came up one stroke short on an individual league title, and was disappointed. However, winning a league title made her feel pretty good.”

Junior Chaney Littell fired a 90 to place fifth, one spot ahead of junior Celine Mendoza, who carded a 93 in her return from an injury.

Junior Dalin Bartel and sophomore Savanna Nickum were two of three golfers to shoot a 97, tying for eighth. Freshman Carley Littell tied for 16th with a 103, placing all WHS golfers in the top 16 among 33 competitors.

“It was also good to get Celine Mendoza back. She has missed a couple of meets due to injury, but got to play yesterday and played well,” Bertholf said.”

The Class 4A Regional Championships are set for Monday at the Wellington Golf Course. Andale, Buhler, Mulvane, Nickerson, Pratt, Ulysses, Wellington and Wichita Trinity also are in the regional.

Who do you support for Kansas House District 79?