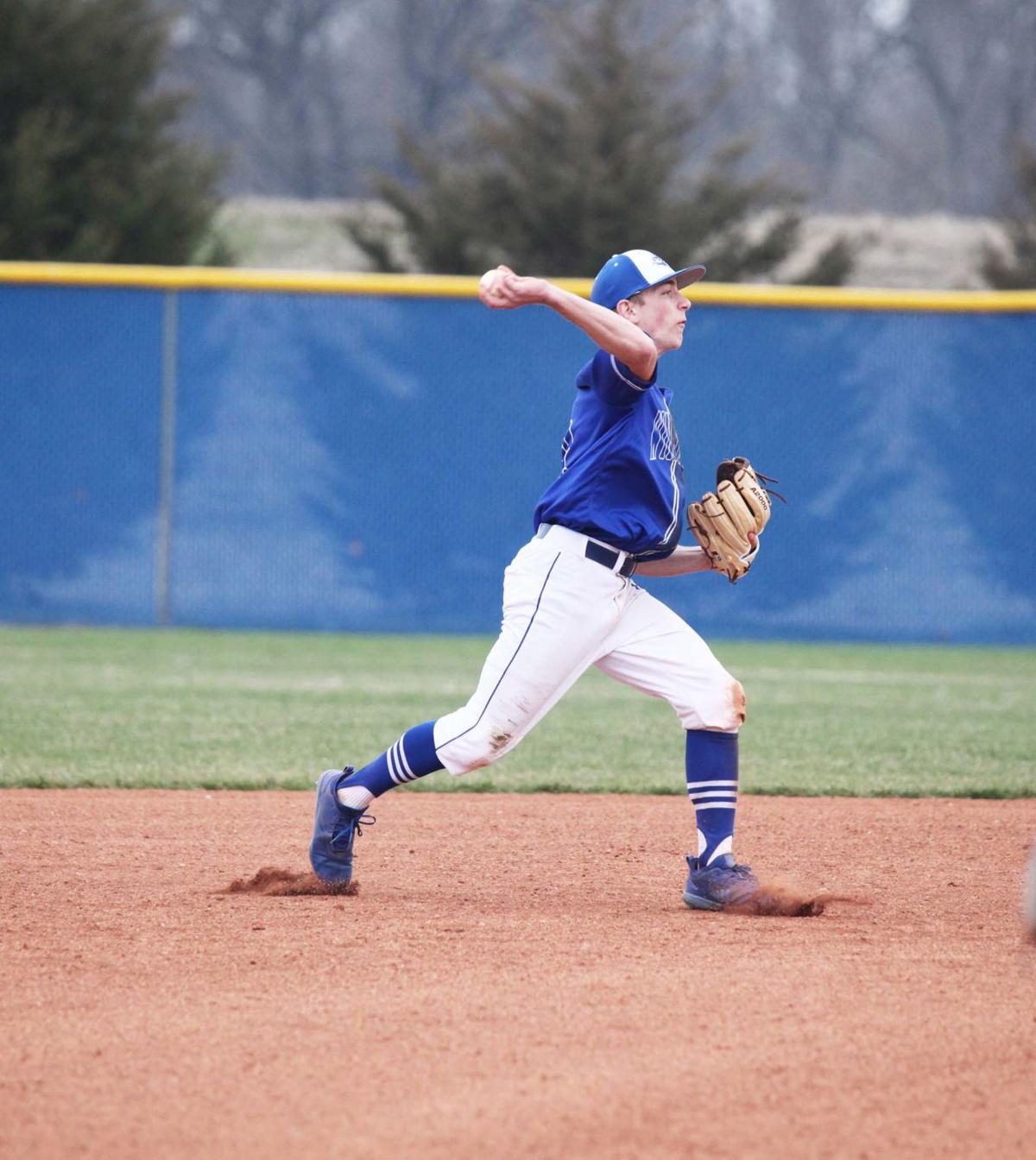 Winfield High School senior KC Crandall and the rest of the seniors on the team will not have a chance to qualify for the KSHSAA Class 4A State Baseball Tournament due to the cancellation of the spring season by the Kansas State High School Activities Association. 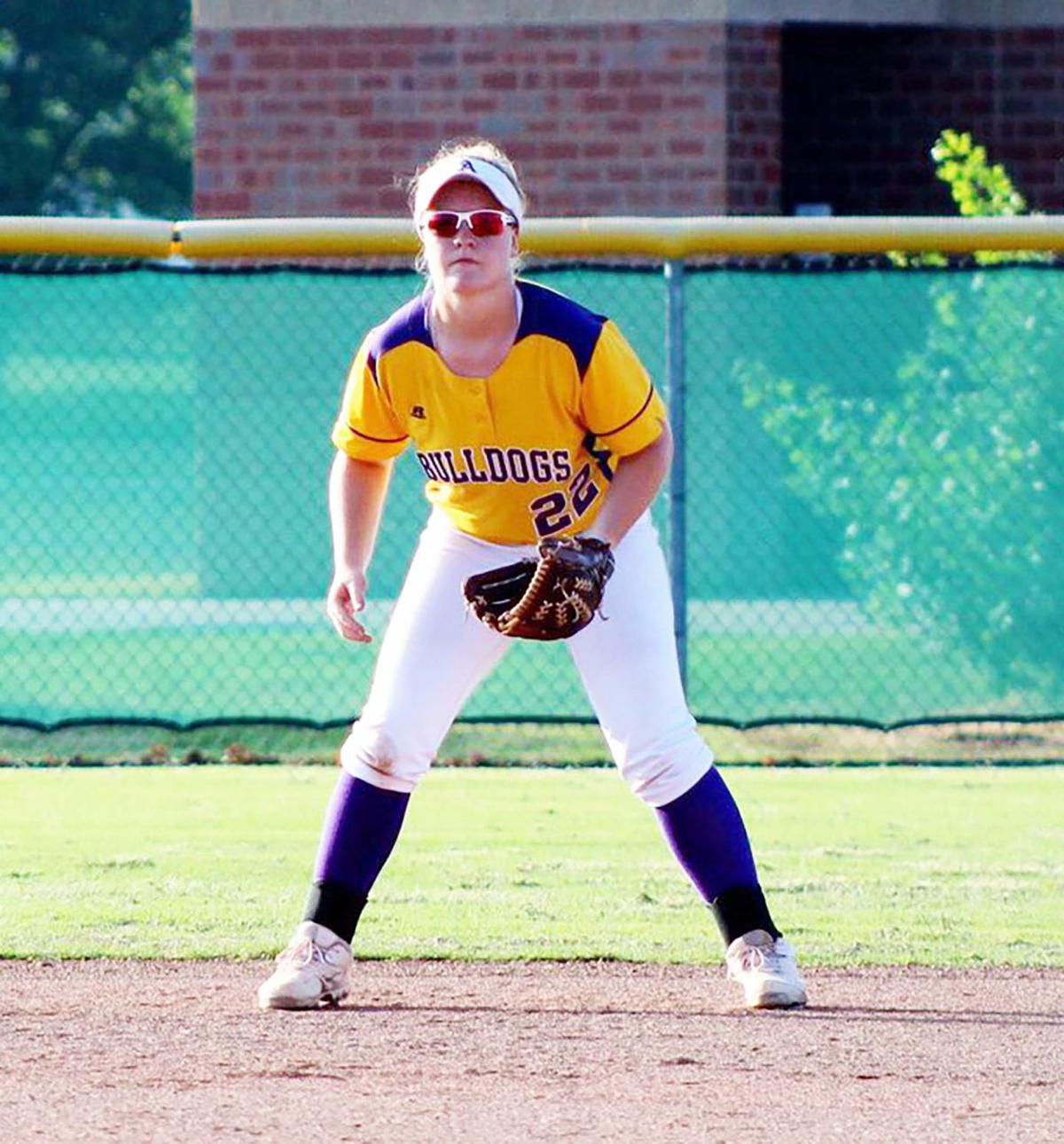 Arkansas City High School senior Braylee Ruyle had been looking forward to softball season ever since she had to sit out last year after surgery to repair a torn ACL during basketball season.

Winfield High School senior KC Crandall and the rest of the seniors on the team will not have a chance to qualify for the KSHSAA Class 4A State Baseball Tournament due to the cancellation of the spring season by the Kansas State High School Activities Association.

Arkansas City High School senior Braylee Ruyle had been looking forward to softball season ever since she had to sit out last year after surgery to repair a torn ACL during basketball season.

Editor’s note: This is the second of a two-part series dealing with effects of the cancellation of the spring sports season due to the coronavirus (COVID-19) pandemic.

While college athletes are left to figure out their future with the NCAA giving an extra of eligibility for those who play spring sports, high school seniors are left with nothing.

The Kansas State High School Activities Association made official the cancellation of the entire spring season.

No memories of their final high school season. No Senior Day, no playoffs, no State tournaments.

At least college athletes were able to play a nearly full nonconference schedule and get some game time in before their season was shut down due to the coronavirus.

High school athletes barely had a couple of weeks of practice.

The Winfield High School baseball team returned almost its entire starting lineup from a team that finished with a 10-10 record and full of promise last season.

“When I first heard the news about our season being canceled, it felt almost unreal. For a long time I didn’t know what to think,” WHS senior KC Crandall said. “I almost couldn’t comprehend the fact that the season that I had worked for my entire life was pulled out from underneath me and there was nothing I could do about it. Myself and many other seniors were stripped of the opportunity to compete with our brothers on the diamond for one last season — along with the last home games, our Senior night and a chance at making a title run, which has been the goal for my team since we were 10.”

The WHS coaching staff refused comment for this story.

“Our spring coaches are directed not to respond or answer any questions regarding anything related to COVID-19 or the cancellation of spring sports,” WHS athletic director John Kaufman said. “Any and all questions should be directed to the district office until I hear otherwise.”

Baseball, softball, track and field, girls soccer and swimming, and boys tennis and golf all were affected by the shutdown.

“For me personally, the thing that hurts the most is the inability to control your season’s fate,” Crandall said. “It wasn’t an error or a hanging curveball that ended our season — (that) is something that none of us have control over.

“Baseball has kept not only me, but some of my closest friends focused in the classroom and has allowed (us) to possibly further our education and play baseball. Not all of us are that lucky. Many of my brothers stepped off of that field for the last time and didn’t have the opportunity to appreciate what they had. This is something we would have never expected and it will sting for a long time.”

“It just feels unreal to me to not be able to play my senior season with all my teammates that have put in the work right there along with me,” Artherton said. “This baseball season was for sure going to be something special and I have been looking forward to it for a long time now. It is crazy how something can be taken away so fast and you should never take anything for granted.”

Udall High School softball head coach Jack Kistler recorded victory No. 400 in his career in the quarterfinals of the Class 2-1A Regional Tournament last year, but the Lady Eagles ended the season with a heartbreaking 2-1 loss to Leon-Bluestem one game later in the semifinals.

Udall had prospects of another solid season and deep run into the playoffs before the season was shut down.

“I was pretty heartbroken knowing it was canceled,” said senior Lizzy Tharp, who signed a National Letter of Intent to compete on the Cowley College dance team next year. “All my years of high school, I always looked forward to being on the field. It’s a hard to grasp the fact knowing I won’t get to experience my last moments with everyone I grew up with.”

For some, getting back on the field was something eagerly anticipated.

“Missing senior year on top of my junior year was something I never expected to happen,” said Boone, who was lost for the season last year with two herniated discs in her back. “It was going to be a very special year for the Bulldogs. I felt the energy at practice and the drive to get better. I will cherish the memories forever and I look forward to playing college ball. It is important to keep the people of our community safe and healthy no matter what. I’ll always be #OnAMission”

Ruyle suffered a torn anterior-cruciate ligament in her knee during basketball season last year and was forced to watch the softball season from the sidelines, ever determined to return strong for her senior year.

The news that it won’t happen was just as heartbreaking as a tough end-of-season loss.

“Yes it is, especially since I wasn’t able to play last year with recovering from ACL surgery,” Ruyle said. “But I do understand why we must take these precautions, as containing this virus is what must be done. It’s just frustrating for us seniors that won’t be able to play the sport we all love, and possibly make a run at the State title.”

Some athletes still have college ball to look forward to. However, not everyone was invited to play at the collegiate level.

“Yes, fortunately for me, Espy (Daniels), Maggie (Musson), Alexis and Menley (Westhoff) — we all will be playing college softball next year,” Ruyle said. “As for everyone else, I know how heartbroken they are and it’s tough knowing you’ll never play in a Bulldog uniform again, but we’ll get through it together as a team.”