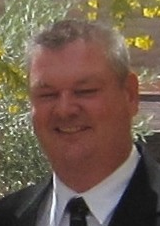 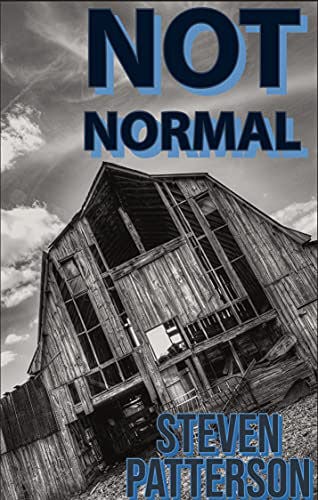 ‘Not Normal,’ a suspense novel by former Arkansas City resident Steven Patterson, explores the mind of a psychopath and serial killer. The book is available in paperback or downloadable for Kindle on Amazon.com.

‘Not Normal,’ a suspense novel by former Arkansas City resident Steven Patterson, explores the mind of a psychopath and serial killer. The book is available in paperback or downloadable for Kindle on Amazon.com.

More than 30 years ago, Arkansas City Middle School english teacher Ann Hastings wrote a comment in Steven Patterson’s eighth-grade yearbook, asking him to send her a copy of his first novel. Patterson, who now lives in Arizona, recently published his first book, “Not Normal,” and made good on that request by sending her a copy.

He credits Hastings comment as the inspiration for his success.

“I had a really good memory of her,” he said. “She was a great teacher.”

Patterson said that creative writing has always come natural for him. He recalled an assignment where Hastings had asked the class to describe what a family vacation would be like in the future. He said he wrote about his family taking a vacation on Mars.

“I was talking about getting ready for a family portrait because the Viking spacecraft was coming around,” he said with a laugh.

Hastings, who retired in 2005, said that receiving Patterson’s book came as a complete surprise. She remembers signing his yearbook and making that request.

“I don’t think I said that to very many,” she said with a laugh.

When asked about Patterson’s literary efforts in middle school, she just laughed.

“You have to think about how many papers I have read in my career,” she said.

Patterson said that he had always wanted to write a novel, but did not begin that process until after graduating from college in 1997.

“I always kind of had it in the back of my mind that I would write a novel and obviously my english teacher did, too,” he said. “After college I decided that I was going to do this.”

But after writing the first two chapters, Patterson said his life changed. He began his career, got married and started a family. He played an active role in his children’s activities by coaching their baseball, basketball and football teams.  He said the book was placed on the back burner.

But his life changed again in 2019. His mother passed away and he was laid off from a position he had held for 20 years. He said with the layoff and the pandemic, he suddenly had a lot of time on his hands, so he decided to start working on his novel.

“It was kind of hard to get going because I was really in a funk after my mother’s passing,” he said. “I needed a little push.”

That push came from his friends and family who urging him to start working on it again. He said that several of his friends had read the first two chapters and kept pushing him to finish it. At first, he pushed it off, but said he eventually bunkered down and finished it.

“It’s a suspense thriller,” he said. “I like to warn people that there are some violent parts in it.”

Patterson said the story explores the mind of a killer, who grew up in the Midwest, and later moved to Arizona.

“It explores his life when he was a boy,” he said. “Kind of what makes him tick, and his emotions.”

Patterson said that parts of the story were inspired by his own life’s journey, and many of the characters were partly based on friends and family.

“I steal little pieces,” he said. “I don’t make the whole character about them, but bits and pieces of them are in my book.”

Hastings said she really enjoyed the novel. She said the beginning of the story captured her attention, it had a nice twist at the end, and had well-developed characters. She said Patterson had warned her that parts of the story were a bit graphic. She compared his writing to the style of author Steven King, who is well known for his horror stories.

“Some people really enjoy the horror and he made it clear that’s what it was,” she said.

Hastings said she was very proud of Patterson’s accomplishment, and felt honored that he would credit her for his success. She was also amazed that he had kept that yearbook all those years, and still remembered what she had written.

“It was totally unexpected at this time in my life to have someone remember it and credit me,” she said. “I really enjoyed the students that I had.”

Patterson said his book can be found on Amazon by searching under its title or by his name. He said it is available in both electronic and hard copy.

Patterson said he has returned to work as a help desk supervisor for a building maintenance company. He has also started working on his second novel.

“The next book is called, ‘Paranormal,’” he said. “You can imagine that just about anything can happen in ‘Paranormal.’”