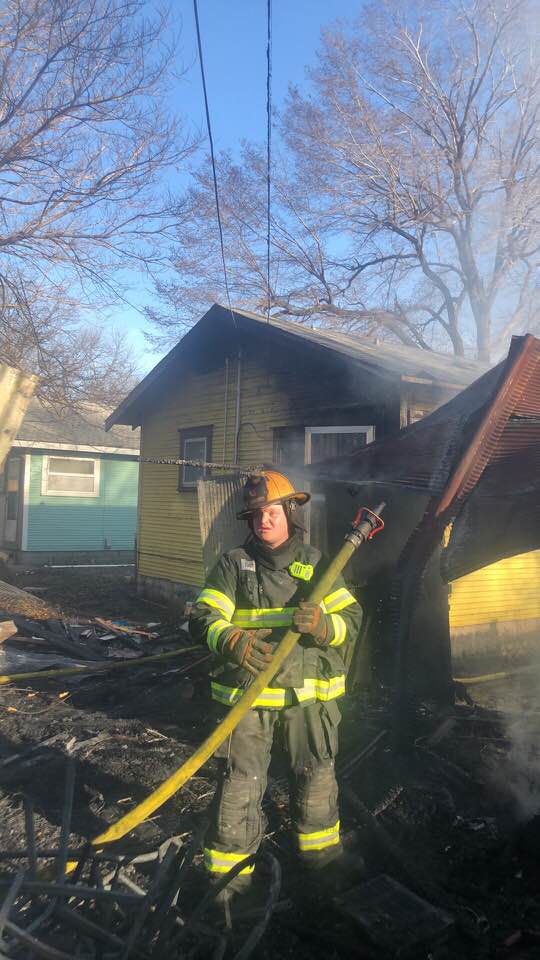 Arkansas City and Winfield firefighters snuffed out a fire Thursday afternoon at an Ark City residence, but a shed was totally destroyed in what the fire chief called ‘suspicious.’ 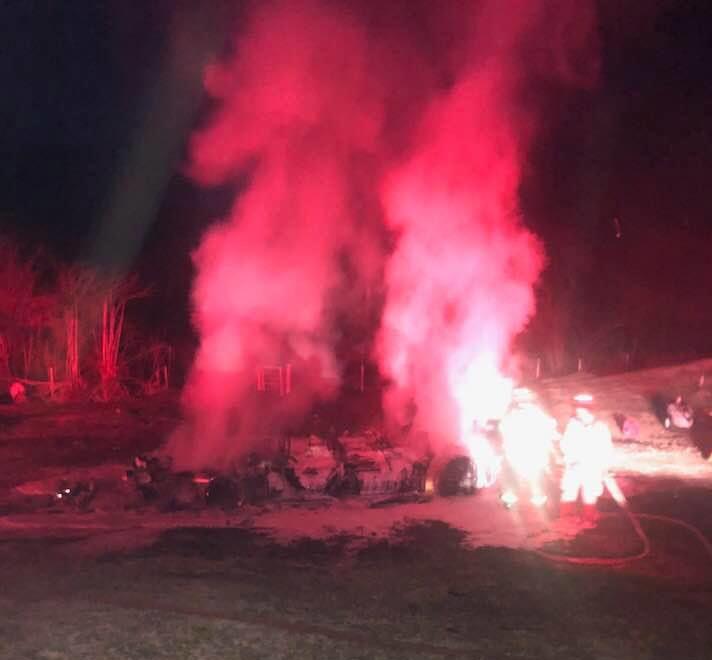 A new Ford F-150 pickup was a total loss Thursday night after it caught fire east of Geuda Springs.

Arkansas City and Winfield firefighters snuffed out a fire Thursday afternoon at an Ark City residence, but a shed was totally destroyed in what the fire chief called ‘suspicious.’

A new Ford F-150 pickup was a total loss Thursday night after it caught fire east of Geuda Springs.

Thursday was a busy day for most of Cowley County firefighters, both paid and volunteer.

Friday was more of the same as grass fires burned out of control.

Extra shifts were called in and mutual aid was requested after the Winfield Fire Department was swamped with controlled burns that got out of hand Friday afternoon.

County fire crews responded Friday to a grass fire on 55th Road, northwest of Winfield, and trees on fire on 151st Road, west of Burden, where Atlanta fire was later requested to assist with a pumper.

A Winfield fireman said they didn’t respond to any grass fires Thursday, but were taking many calls Friday. He also noted that those fires are legal until the wind climbs above 15 mph.

Ark City and Winfield responded to a structure fire Thursday at 220 E. Taylor Ave., in Ark City. The fire department is ruling that fire as suspicious in nature, ACFD Chief Bobby Wolfe said, with total loss of the shed and about $5,000 in property damage. Wolfe said there was no specific reason why a fire would start since there was no electricity in the shed.

Shortly after that fire, Ark City crews responded to Camp Horizon, 30811 Horizon Dr., for an out-of-control burn. Wolfe said about an acre of land was burned outside the designated area.

As the night continued, Ark City firefighters responded to a vehicle fire in the 2000 bock of 256th Road, east of Geuda Springs. A 2018 Ford F-150 was a total loss, Wolfe said, as crews fought to control the fire, which was difficult to put out due to a magnesium engine and wheels. Crews sprayed the vehicle down with a special foam to extinguish the inferno. The starting value of a pickup such as that is $27,000. The cause of the fire was not confirmed as of Friday.

The Ark City Fire Department has scheduled a wet-down push-in at noon today to commit two new trucks to the station. Refreshments and tours will be available.

“We can’t wait long to do this event — we need to get these trucks in service,” Wolfe said prior to the event.