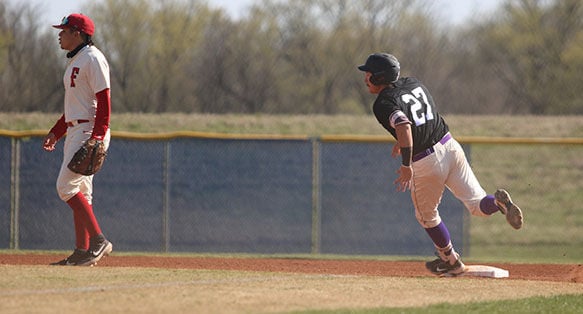 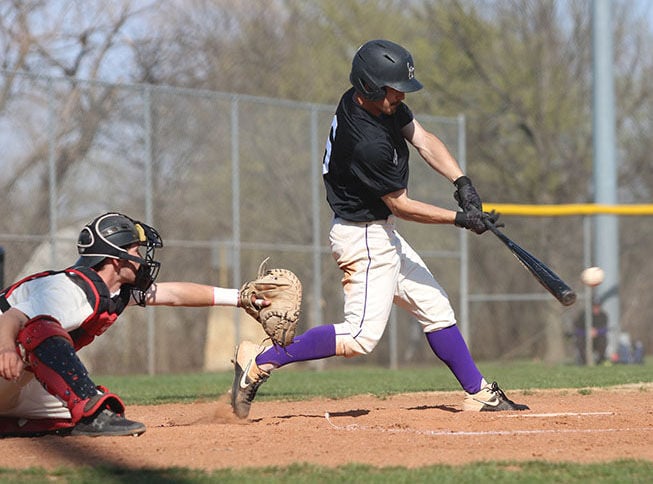 The Moundbuilders (12-10, 9-6 KCAC) broke open a close game with four runs in the bottom of the fifth inning.

Friends took a 1-0 lead in the top of the third on a double to Jared Berard and a bases-loaded walk to Eric Escamilla that chased Southwestern reliever Jacob Woodburn, who allowed two hits and two walks without recording an out.

Jacob Moskowitz took over on the hill and struck out the nest three batters to escape the threat.

Southwestern took a 2-1 lead in the bottom half on walks to Lachlan Brear and Ethan White, and Cody Carpenter’s two-run single.

The Falcons (18-13, 6-12) answered in the top of the fourth on a single by Elerie Rivera, a double by Jared Berard and Wes Kuzminsky’s sacrifice fly.

Jared Kiessling quickly changed things by launching the first pitch he saw for a two-run home run over the left-field fence with Jason Bray aboard off of Friends starter Ricky Hockett.

Hockett left after the inning, having given up four runs, three earned, on five hits and three walks, with two strikeouts.

The Builders then battered relievers Garrett McClain and Jacob Coogan with the big fifth inning.

McClain failed to record an out, giving up two runs on three hits, including a two-run homer by Carpenter. Angel Venez followed with a double to chase McClain, and Bray tagged Coogan for a two-run home run in nearly the same spot, over the center-field fence on the same 2-0 count.

Friends relievers Brandon Farnsworth and Kyle Landwehr shut down the Builders in the final three innings, allowing only two walks with three strikeouts.

Tanner Olmstead, the fourth of six pitchers, recorded the victory for Southwestern, going three innings and giving up two runs on five hits, with one strikeouts and no walks.

Taylor Petty tossed 2 1/3 innings, allowing one run on three hits and three walks while striking out one before Reyden Rull struck out the final two batters of the game to notch the save.

The Builders were slated to open a three-game set Friday night at home against Avila with a single game. The series concludes with a 1 p.m. twinbill today.