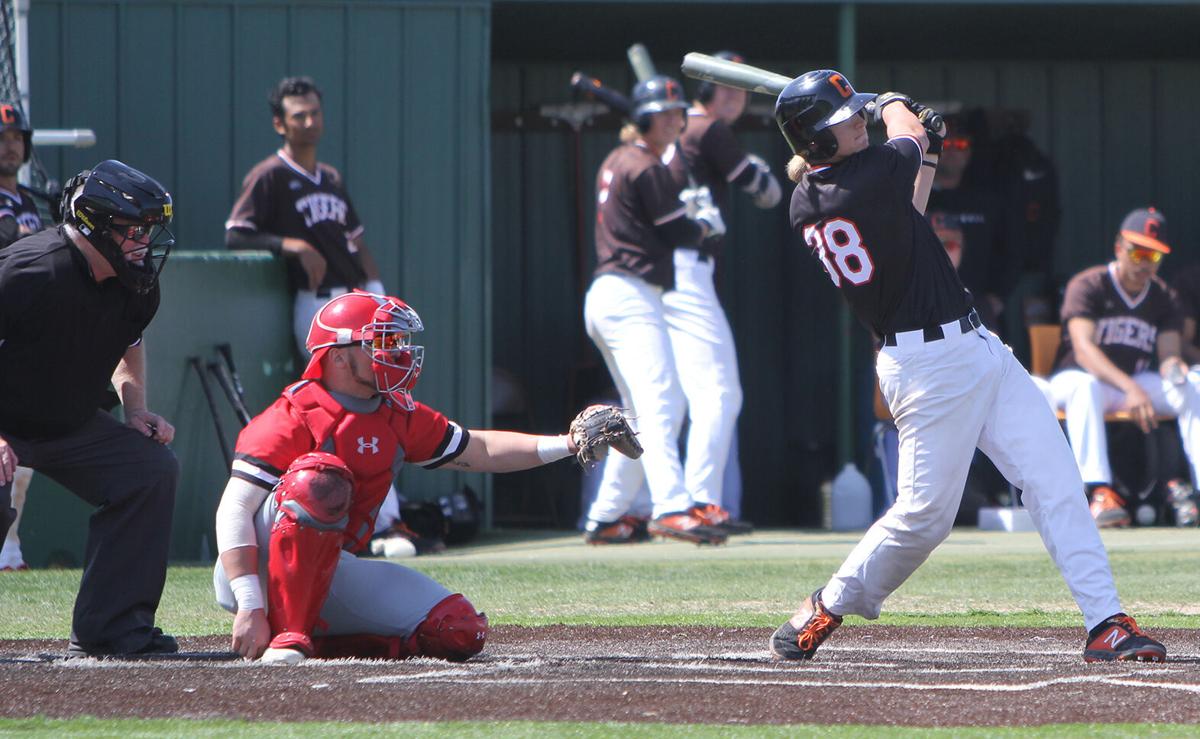 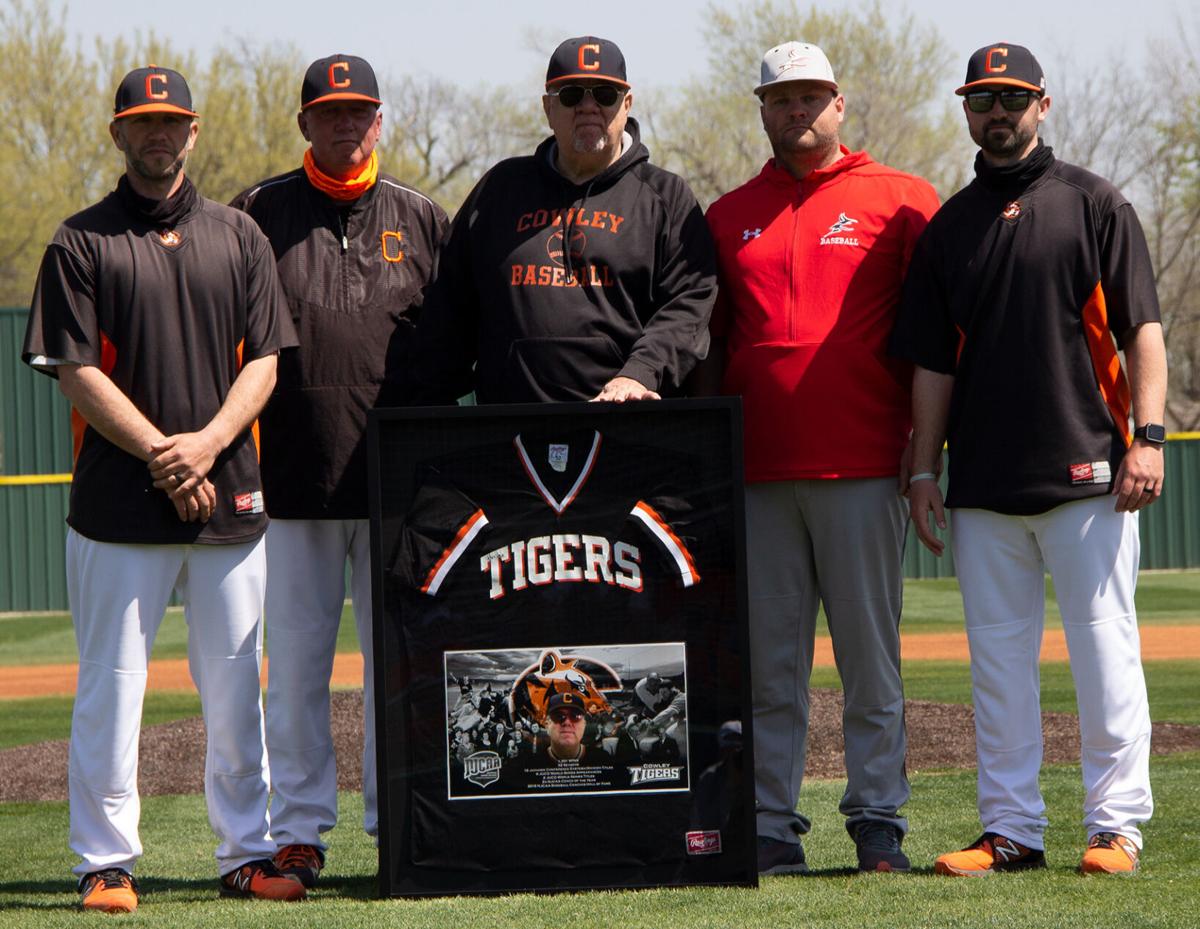 Hall of Fame head coach Dave Burroughs is flanked by former players, from left, Brock Buckingham, his brother, Darren Burroughs, Clint Stoy and Butch Rea during ceremonies before the doubleheader.

Hall of Fame head coach Dave Burroughs is flanked by former players, from left, Brock Buckingham, his brother, Darren Burroughs, Clint Stoy and Butch Rea during ceremonies before the doubleheader.

Former Cowley College head baseball coach Dave Burroughs was honored Saturday by having his jersey retired and permanently displayed on the left-center field fence at City Ball Park prior to a home doubleheader against Allen.

The No. 9-ranked Tigers fed off the energy in the stadium to defeat the Red Devils 9-3 in the opener. Cowley was two outs away from sweeping the doubleheader before Allen scored two runs in the top of the ninth inning of game two to win 4-3 and earn a split of the two games.

“It was nice to see the guys come back and honor Dave,” Cowley head coach Darren Burroughs said. “It shows the impact he has had on those players’ lives.”

After starting the season 8-0 in the Jayhawk East, the Tigers (19-4, 10-2 Jayhawk East) have split their past two conference doubleheaders.

With many former baseball players in attendance, freshman J’Briell Easley (5-0) started Saturday’s opener and struck out six and allowed only four hits and one run in three innings.

After tossing four scoreless innings, Cowley starter Grant Adler was relieved by Miguel Obeso after allowing the first two runners to reach base to start the top of the fifth.

The Tigers got Levi Bennett to hit into a double play, but Lucas Rich cut the deficit to 3-2 with a two-run homer.

After tossing two scoreless innings of relief, Miguel Fulgencio (3-1) was pulled after a pair of one-out walks in the ninth. Isaac Stebens allowed a game-tying single to Lucas Rich, then Levi Bennett scored the go-ahead run on an error with two out.

Attempting to rally, Gus Freeman doubled with one out in the bottom of the ninth and advanced to third on a ground out, but was stranded when Levi Bennett struck out Bryce Madron to end the game.

“We pitched pretty good both games of the doubleheader, except for that ninth inning of Game 2,” Burroughs said. “We just had a hard time getting the big hit when we needed it.”

The Tigers play a 1 p.m. twinbill today at Kansas City. The Blue Devils (10-8, 5-5) split a doubleheader against the Tigers on March 30 in Arkansas City.

“It will be another dog fight,” Burroughs said. “We have to continue to play better and win the games we have a chance to.”